Night of the Living Dead
Directed By: George A. Romero

A group of six people hide out in a farmhouse in rural Pennsylvania when for an unexplained reason the dead come back to life and begin to feed on the flesh of the living. Trapped within the walls of the home boarding themselves in from the hordes of the undead zombies wanting nothing more than to feed on their very bodies, Ben, Barbara, Tom, Judy, Henry and Helen Cooper along with their bitten daughter Karen all try to stay alive within the home while the world goes crazy on the outside. Having the television and radio for only a short while the group fights amongst themselves as they try to survive the monsters that await them on the outside. Who will be eaten and who will make their way to freedom away from the horrible flesh-eating ghouls that are trying to break their way into the house. 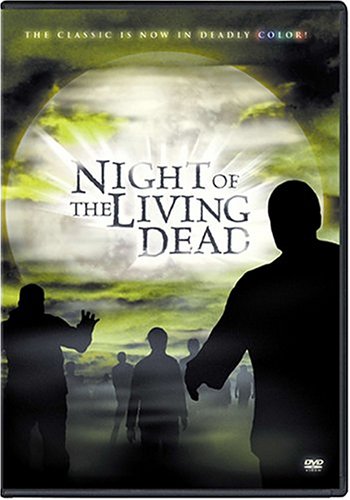 Dawn of the Dead
Directed By: George A. Romero

With the zombie population rowing relentlessly growing out of control four people steal a news helicopter and head straight up where there are no zombieâ€™s. Finding a large indoor mall as their refuge the four people set up shop and make themselves at home, with the one problem that the mall is overran by an enormous horde of zombie inside and out. Relinquishing themselves from the zombies within the mall they are able to find a home and try and stay safe for the time being. Until an army of unwanted bikerâ€™s arrives they have only so little time to stay alive, they do not have many choices, either stay and fight for their new home or make their way for the sky. What chances do they have against the flesh eating monsters that are the zombie who are slowly taking over and outnumbering them. When the dead outnumber the living survival is the only thing to consider. Day of the Dead
Directed By: George A. Romero

A group of soldiers holds up in an underground bunker where they are working in support of a scientific group trying to uncover the mystery that is behind the zombie phenomena. Working closely along side the military the scientists are in a very uncomfortable position as tensions run high between the two groups. With the fighting between themselves and between the zombies all hell can break loose at any moment. Which group will survive each other and will they survive the bloodthirsty monsters awaiting them above ground and underground. Land of the Dead
Directed By: George A. Romero

Land of the Dead continues the trilogy of the Dead movies, as the world has been taken over by zombies and only few cities remain. They have been rebuilt and armed with guards who protect the citizens of the cities, with groups of trained looters who go outside the walls of their protection to try and find the things needed to survive, such as food, water and medication. With zombies now being able to use somewhat more than primal instinct to think they are more dangerous than ever as they figure out ways to get into the city and begin to wreak havoc and make the world theirs once and for all. Only one thing will be able to save them, a large truck constructed to be impenetrable to zombies, all those with in the truck are safe from the horrid which surrounds it, but who will get the truck? The good hearted looter wants to make his way as far from the city as possible as the cruel and evil man who governs the city wants nothing more than the truck for himself. How long will it take the zombies to fully think for themselves and make the world the way they want it. George A. Romero is truly the master of what he does and has inspired millions of fans worldwide in so many ways with his work. Being the man that he is he has given the world fright after fright and will one day truly be appreciated for what so many take for granted that is his work. The Dead series receives a true Stopped Heart on the Roger Moore scale. As movies individually none of them are more than Three Skipped Beats but as a compilation itâ€™s a real Heart Stopper. The filming of his movies has definitely shown improvement with each one as they show the change in technology and the change in the times of the world. These movies are without doubt true classics instantly and should belong in every movie collectorâ€™s collection; I know there in mineâ€¦are they in yours?

One thought on “George A. Romero Dead Movies 83%- Reviewed By: Roger Moore”