Finally it is revealed to us where Hannibal came from and why he is the way that he is, eating people and torturing his victims.Â  After his family is killed by soon-to-be war criminals in World War 2, Hannibal is orphaned and left for dead.Â  Making his way to live with his aunt, he soon becomes a medical student and soon gains a taste for revenge.Â  Revenge is where it all started.Â

There was nothing technically startling about this movie but it was done very well, it does a good job of explaining why Hannibal is the way he is, and how he became to be known as Hannibal the Cannibal.

Receiving Two Skipped beats on the Roger Moore movie scale this movie will definitely make its way into the collection.Â  I suggest anyone who enjoys the Hannibal movies to go out and watch this one on the big screen before itâ€™s to late.Â  Gaspard Ulliel delivers a phenomenal performance as a young Hannibal whose sick and twisted genius is hell bent on revenge.Â

Take a look at some fresh new pics from Hannibal Rising here, and the latest movie trailer here. 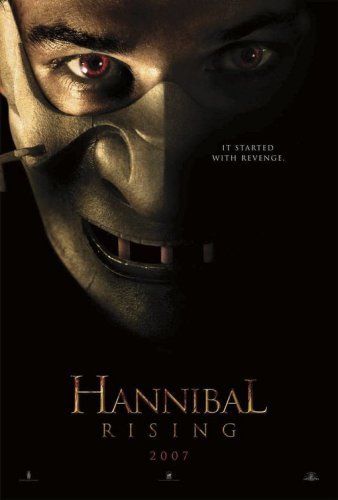