Note: These predictions are for the three-day weekend.

So far, so good for January 2013. “Texas Chainsaw 3D” kicked things off with a solid $21.7 million start and then “Zero Dark Thirty” followed that up with $24.4 million, but weekend three could be devoid of big numbers with three new releases splitting the big money and “Silver Linings Playbook” snagging a nice chunk, too, thanks to an additional 1,713 theaters.

With “The Last Stand” due out in 2,913 theaters, should it post a per theater average similar to 2011’s “Killer Elite,” it’ll be looking at a $9 million start. Even with Mark Wahlberg on the roster, “Broken City” likely won’t be this year’s “Contraband.” In fact, it might only manage to match last year’s “Man on a Ledge” with about $8 million. However, with “Texas Chainsaw 3D” fading fast, “Mama” has a good shot at pulling in the horror fans eager for more. It won’t come anywhere close to last year’s surprise hit, “The Woman in Black,” but it could take $4,500 per theater, which would give it $12 million, just enough to trump both “Broken City” and “The Last Stand.”

Now the big question is, where will “Silver Linings Playbook” sneak in? It’s already down to a $6,196 per theater average and with the additional theaters that’s bound to go down further and likely to a point that’s just lower than its lowest per theater average yet, weekend six’s $4,801. Should it take $3,500 this time around, it’ll wind up with $8.5 million in total, squeezing right in between “The Last Stand” and “Broken City.” As for “Zero Dark Thirty,” even if it loses 40% of last weekend’s haul, it’ll still be left with $15 million and that’ll be more than enough to reclaim #1.

“A Haunted House” isn’t a horror movie, but it’s a horror movie spoof, so that might be more than enough of a reason for the film to take the genre’s typical 60% weekend one to two hit. Should that be the case, “A Haunted House” will only take another $7 million. While that should leave the door wide open for “Gangster Squad” to climb up a spot, thanks to sour reviews, “The Last Stand,” and “Broken City,” “Gangster Squad” could wind up losing a little over half of its opening weekend profits, which would put it just behind “A Haunted House.”

“Django Unchained,” “Les Misérables,” and “The Hobbit: An Unexpected Journey” are all losing a big chunk of their screens this weekend, so it’ll come down to how high can “Lincoln” climb and who it’ll knock off the top ten. “Django” was $5 million ahead of “Lincoln” last weekend so even if it drops 45% again, just over $6 million should still earn it that 8th position. However, if “Lincoln” is able to maintain its weekend 10 numbers courtesy of an additional 147 theaters, it’ll post $6 million, taking #9 and leaving “Les Mis” and “The Hobbit” to duke it out for the final spot and, considering “Les Mis” is dropping just 351 theaters as compared to “The Hobbit’s” 689-theater loss, it’ll likely be “Les Mis” for #10 with another $4 million. 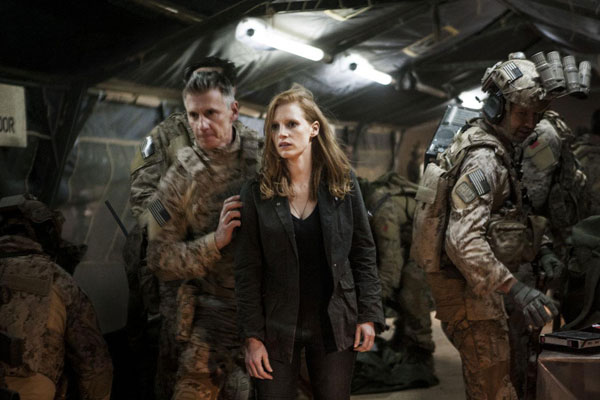