It can be heartbreaking to watch a film like Broken City and know that there’s a good crime caper in there. There’s fine efforts across the board, with Allen Hughes  showing some good directing chops. Blame is tough to put on writer Brian Tucker as well, as his script does keep one engaged. Broken City‘s biggest flaw is that it doesn’t understand a rule taught in film courses across the globe; ‘keep it simple, stupid.’

Hughes is unsure if he’s trying to say something with the picture, often choosing style over substance. That’s just fine, as for the most part, Hughes does some admirable directing work. He’s wise enough to let his two leads fill in the gaps of their characters, and allow them to get by on presence alone. It does make one wonder though; when a director is as talented as Allen Hughes is, shouldn’t he throw touchdowns instead of quick sideline passes?

Yet his cast does carry him, even if the two megastars are up to their same tricks. Mark Wahlberg does his usual schtick as Billy Taggart, nice everyman, yet tough when he needs to be. Russell Crowe’s more interesting, as he plays Nicholas Hostetler as SID 7.1, a more subdued, slick maniac. Jeffery Wright is a joy as the police commissioner, while Catherine Zeta-Jones skates by as Hostetler’s wife. The big standout amongst the cast is Alona Tal, Taggart’s assistant Katy, who steals every scene she gets.

All these performances would be worthy of praise if they were in a film that wanted to be more than the sum of its parts. There’s effort on display in Broken City, and it’s a particularly well-made picture. Ben Seresin’s cinematography is fine, even if he can be a little too standard with his color selections. Atticus Ross, Leo Ross and Claudia Sarne all disappoint with their music, which is a shame because Atticus has been so outstanding.

Tucker’s script is well-written enough to be made, but it’s not without flaws. The big dirt sheet Hostetler has on Taggart isn’t revealed until too late in the film. What should be the emotional weight of the third act is only glossed over, in favor of sprinting to the end. Taggart’s relationship with Natalie Martinez’s Natalie Barrow is uneven, although that’s neither of the performers faults. Tucker and Hughes try to be coy about aspects of their relationship, wanting to treat us like adults. Instead, they come off as teenagers who think they’ve put on the big boy boots.

Broken City‘s been done before, and a lot of instances, done better. Not a bad film by any means, Allen Hughes and his team want to emulate a Sidney Lumet film, but end up reminding us more of State of Play than anything (which it’s interesting to see the role reversal of Russell Crowe here, as opposed to that film.) Where the Kevin Macdonald film had more to say about the ever-changing journalism industry, Broken City has no underlying message, and it doesn’t try to. The filmmakers are more than content with ordering a Big Mac when they can afford Filet Mignon. 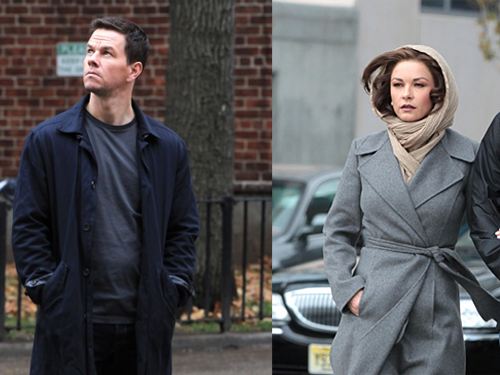