Title: May in the Summer

This cleverly-titled film follows May (Cherien Dabis) as she comes from New York to Amman, Jordan with her sisters as her wedding date approaches. May’s success as an intellectual and an author in the U.S. makes her popular among her mother’s Jordanian friends, but she encounters much greater difficulty dealing with her family and deciding whether or not to go through the wedding. Dabis pulls quadruple duty as star, writer, director, and producer, creating a thoroughly entertaining and thought-provoking look at an American family in a foreign land whose nationality is the least of their problems.

Dabis, who previously directed the prize-winning film Amreeka, and, among other projects, penned several episodes of Showtime’s The L Word, steps in front of the camera for the first time to portray her protagonist. Dabis is clearly at home with the ideals and mentality of her character, giving her a certain quiet edge that makes her modest and fully self-aware of her successes at the same time. May’s connections with her heritage and knowledge of her country’s religious leanings doesn’t stop her from running around Amman in little more than a t-shirt, and angrily slamming her hand down on the car of some excited passersby who hassle her.

May’s central grievance is the fact that her fiancé, Ziad, is a Muslim, something that her fiercely Christian mother cannot accept. Despite the fact that her mother ardently refuses to attend the wedding, May spends time with her while simultaneously planning for the wedding. She visits Ziad’s mother, getting to know her while respecting the traditions she would like upheld for the wedding. May’s sisters, who assist her in the wedding preparations, are far less open-minded about the culture in which they are living. Yasmine (Nadine Malouf) casually and derogatorily refers to religious women dressed head-to-toe in garb as “ninjas” and Dalia (Alia Shawkat) can’t stand much about the country or any of the diverse people within it, and leaves a nightclub because she claims that her body is rejecting it.

Dabis crafts an intriguing, unique story of cultural, secular, and religious incongruity, where nearly everyone in the film has a different point of view. Setting the film in Jordan with Christian characters at its center allow for a rarely-explored niche pocket of society to be spotlighted, to see the Arab world from a distinctly American perspective. Its portrayal of these American girls with Arabic roots is refreshing, providing a look at imperfect human people. Palestinian heritage in both May and Ziad’s families comes up several times, yet the film generally avoids the impulse to create controversy, instead showcasing authentic characters with different backgrounds.

Dabis does extremely well in her first film role, and May becomes an endearing protagonist whose actions are not always sympathetic. The same is certainly true for Malouf, also making her feature film debut, as Yasmine, the most promiscuous and materially-motivated of the sisters. Palestinian actress Abbas, who will be most familiar to American audiences for her role in The Visitor, lends gravitas to the role of Nadine, May’s conflicted mother. Bill Pullman is a fitting choice to play as the family patriarch, who, along with his young second wife, tries to reconnect with his daughters after many years spent apart. The only casting misstep is that of Shawkat, who got her start as Maeby on Arrested Development, as Dalia. Shawkat is talented and is very capable of stealing scenes with her witty, antiestablishment demeanor, but her character does not belong in this film, bearing no resemblance to her family and acting as if she’s playing in an entirely different story. Her role is entertaining but feels out of place. Despite her presence, and due to the strength of the story, May in the Summer reaches a point that allows its characters some degree of tranquility and satisfaction, ending on a pensive note with a telling shot of the Jordanian city in the background. 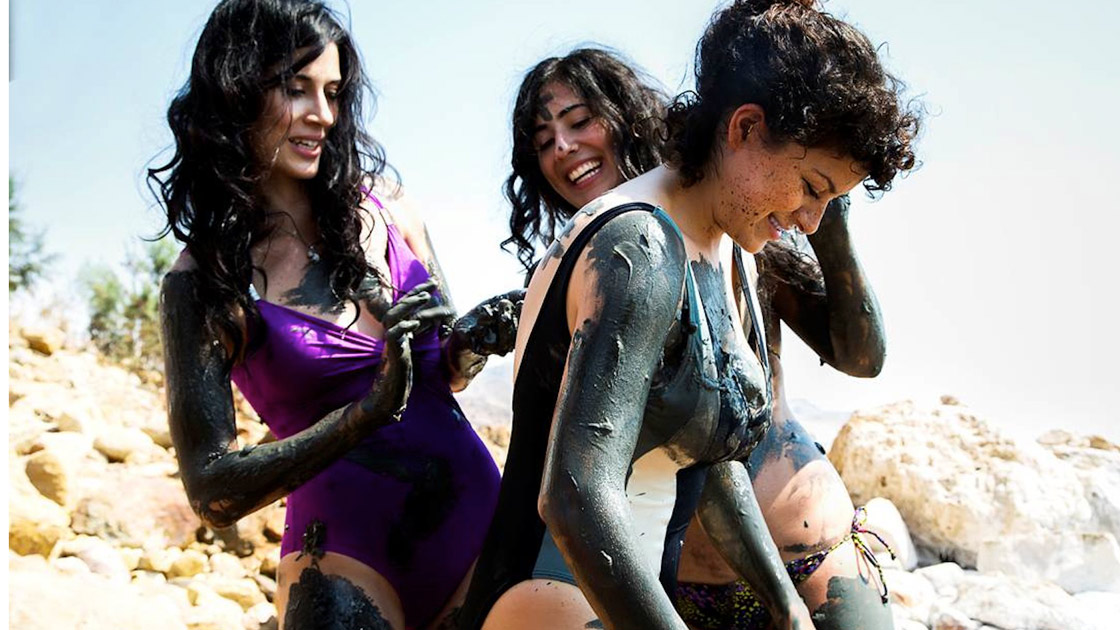