Title: This is Martin Bonner

This is Martin Bonner opens in a prison, as an inmate (Demetrius Grosse) meets with two men to discuss the possibility of participating in a program designed to help convicts reintegrate to life on the outside prior to their release. Hearing about the lack of concrete benefits for him and spotting a picture of Jesus on the brochure, the inmate turns the conversation around on one of the men, noticing that he seems to be new in his job. The man, whose name is Martin Bonner (Paul Eenhoorn), confirms that he is in fact a recent transplant both to Reno, Nevada and to his current position. Martin’s complete honesty and accessibility in that first scene is completely exemplary of his character, and a positive testament to this understated, enjoyable film.

Martin is an Australian-born father of two whose divorce prompted the loss of his job and his move to Nevada to work with a Christian organization as a volunteer coordinator for convict mentors. He calls his daughter on a regular basis, while his son proves more elusive. In his spare time, he attends auctions and bids on items, only to put them up for sale online as soon as he gets home. He seems an odd fit for his side job, which is refereeing girls’ soccer games. There is a wonderful simplicity to Martin, who is not necessarily the most outwardly friendly person, but whose demeanor proves charming and agreeable. His quiet generosity is most meaningful to one particular convict who has just been released, Travis (Richmond Arquette), who develops a rapport with Martin when he finds his life on the outside to be, as expected, an adjustment.

This is Martin Bonner seems a misnomer for this story, since the film begins with Martin but gradually moves to focus on Travis as a protagonist of equal weight. Travis is seen dining with his mentor, Steve (Robert Longstreet), and the enthusiasm for Christianity that they have clearly troubles him, which brings him back to the milder, less imposing Martin. Many of the film’s most effective moments feature Martin and Travis interacting together, while Travis also gets his own focus as he tries to reconnect with his the twenty-four-year-old daughter he has not seen in twelve years. While Martin is lonely, Travis has a much more cumbersome journey that he needs to make almost entirely on his own.

The recalibration to normal life after time spent in prison is a frequent film subject, and it would not be surprising if this film felt all too familiar. Yet there is a calming freshness to the film, which opts for smaller, subtler moments, featuring not one shouting match or fit of hysteria. The story works based on its own merit, and its power comes from its most muted moments. Eenhoorn, whose previous film credits are limited, is a marvelous find, creating a believable man whose life has gone in its direction regardless of his efforts to steer it. Arquette, whose siblings are actors David, Rosanna, Patricia, and Alexis, delivers a nuanced performance that paints him as a man who has forgotten how to exist in the world, but who does not blame the world for his problems. Watching Travis wear his struggle on his face evokes immediately empathy for him, and the same is true of the less readable Martin. This intimate story avoids overly serious moments, opting for light, appropriate humor at the opportune times. Writer-director Chad Hartigan, in his second feature, has woven an endearing tale of two people trying to find the best way to go on existing. 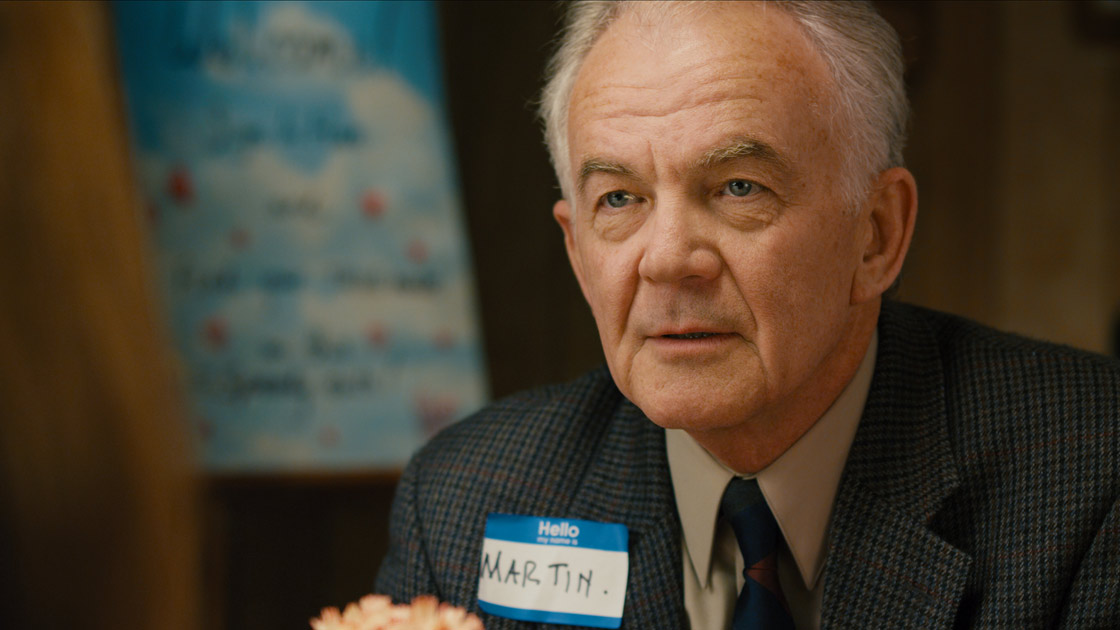