Every spring for 24 years, several young girls/women in a small Mississippi town go missing and are never heard from again. Two girlfriends are at a bar late one night and discover a flat tire. They awaken strung up by their arms in a barn, a quiet old man comes in with a knife asking the girls if they’re “clean.” Meanwhile a group of kidnappers have abducted a little girl and her nanny and take them to an abandoned school as they await their ransom. One of the abducted women escapes the barn and runs to the nearby school, leading a monstrous being to the group. The old man had warned the girl not to let the creature out, but it cannot be stopped because of the Rites of Spring.

This film was pretty dark, even for a horror film. The lead kidnapper was a bigger monster than the actual creature. Like typical horror films, there are a lot of dumb people who get killed off fairly quickly and too many characters introduced for such a short film; since the majority doesn’t survive, it doesn’t really matter.

AJ Bowen is a standout actor and I wished they developed his character better and used him more in the film.  Had they received the funding for the sequel (as the director states in the commentary) I would’ve like to have seen what happened to the little girl.  The ending was abrupt and left me with questions, but reminiscent of the original Texas Chainsaw Massacre.

Rites of Spring was an interesting mash-up of kidnapping thriller and slasher horror; but it was far too short and not bloody enough to be either.  For what it’s worth, I appreciated the cinematography and set design; but that’s about all the positive I can give for this film. 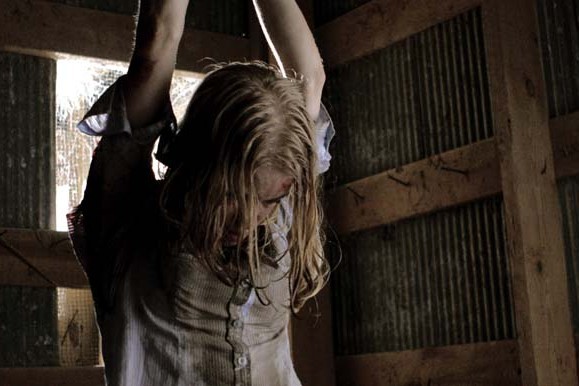