Australian and British actresses benefit from a common primary language in their crossover to American films, and over the past decade-plus a number of French- and Spanish-speaking actresses in particular — including Marion Cotillard, Penelope Cruz and Salma Hayek — have made great professional inroads, winning acclaim and achieving significant box office successes in roles in both English and their native languages. There hasn’t really been a German actress to break through in the same fashion, however, unless one stretches the definition generously to include Franka Potente, who parlayed the international arthouse sensation “Run Lola Run” into a role as Matt Damon’s imperiled love interest in “The Bourne Identity” and (briefly) its sequel.

Nina Hoss, however, might be on the precipice of changing that. “Barbara,” her fifth collaboration with writer-director Christian Petzold, is another stunning showcase for the actress’ uncommon intelligence and chameleonic beauty. When she puts up a stern front her inner light can seem utterly impenetrable, and when she drops it the vulnerability can be shattering. Each of those gifts are on display in “Barbara,” the story of a gifted but headstrong doctor banished to rural East Germany in 1980, and the factors she must weigh in deciding whether to continue pursuing an escape to the west. For ShockYa, Brent Simon recently had a chance to speak to Hoss one-on-one, about the film, her work with the up-and-coming Petzold, the state of German filmmaking and her surprising affinity for a certain American cable TV series. The conversation is excerpted below:

ShockYa: “Barbara” has certain parallels to other of Christian Petzold’s movies. He seems interested in marrying film narrative to tone poems — blending inner and outer landscapes, plus metaphor and the like. How much if any does he discuss the look and feel of a movie with you, instead of merely your character?

Nina Hoss: Oh, that’s the thing I really like about working with him — he keeps all the actors, if you want to be, involved in the whole process of filmmaking. And I’m very interested in all of that. In this I think we discussed, for example, how the camera observed Barbara — that it shouldn’t be anything like the state observing her, but more of a friend that’s with her. When she’s alone the audience is not in a voyeuristic position. So if I know that as an actress, that helps me a lot already, that the camera is my friend, and when I’m alone I don’t have to put up this mask. I can act in a different way. And also I knew that they would use vibrant colors, and the beauty of that landscape as well. If I would have known they were using blue filter I probably would have gone more in an emotional direction, but in this sense it carries me and I can hold back a little more, knowing the emotion is (incorporated) in the backdrop. It makes it even harder for Barbara not to open her eyes and see the beauty of it, because then she would miss it.

ShockYa: You’re the title character in “Barbara” as well as Petzold’s “Yella,” which was set in modern times. Both films deal with East and West Germany, and that division. Is that period of time, pre-unification, still much discussed in Germany today, in either life and/or movies?

NH: The translation for what it’s called in Germany is the “Time of Lead,” because it was so heavy… it was like the state could feel that they were running out of money. People’s houses were falling apart and they didn’t have jobs like they were told they would always in their lives always have. It really felt like we were either going down or a change was about to happen. And before the storm comes there’s always this calmness, yeah? People were unhappy… and more and more you found out through family members that there is an oppressive state if you opened your eyes — you [couldn’t] hide it anymore. You knew about the Stasi. It was a heavy time, psychologically. And that’s where “Barbara” is set.

ShockYa: In the United States it’s often hard to get a sense of international genre filmmaking. This is maybe a hopelessly broad question, but I’m interested in your perspective on German filmmaking, because in addition to plenty of arthouse dramas you’ve starred in “We Are the Night,” a very interesting and different vampire film that might not be what people expect when they hear about a German film.

NH: It’s true, you don’t do (movies like) that a lot, because it’s quite expensive for the German film market, so you have to come up with a lot of money to be able to do stunts and stuff like that. And so that doesn’t happen very often, but they also don’t shy away from it content-wise, I feel — if you can make it happen they really go for it. There are a lot of comedies out there that are very successful in Germany. The arthouse scene is mainly based in Berlin, and they talk about the contemporary Germany and the problems we deal with… maybe there’s an increasing tendency to reflect on our path, too, so we understand ourselves better now — to have a look at what impact the past has on the present in our country. We have this big distinction, which I think is maybe a little bit sad, between mainstream and arthouse, because I obviously think you can make an entertaining movie that has nothing to do with arthouse. We have strong distinctions. If we can overcome that it will be very good.

ShockYa: “Barbara” has a novelistic depth. There’s a richness to character, which is a credit to your performance, I think. At what point did Christian come to you with “Barbara,” and does he typically seek your feedback in the scripting process?

NH: Yeah, it happens that we have these very long walks, because we’re very good friends, and so we meet when we’re not filming with each other and he tells me about stories that he has in his mind. Sometimes they just vanish and sometimes something comes out of that. With “Barbara,” I think we were working on our first movie, “Dead Man,” and already back then he gave me a novel by a German author, which is partly the basis of the script here. But it’s set in the second World War and she’s a doctor and a communist, which is why she’s punished. The whole story goes a different way, but the idea (about a female doctor) was found there. He said what if we set it in the 1980s, because that’s what he wanted to talk about. It was personal, because his parents fled when the war came on. And then he began calling me about it and I read the first pages of the script, different drafts and so on. I sometimes don’t say anything, or just very encouraging things — you’re onto something, keep on doing it — and then at a certain point I start asking questions. And then through those I feel like he can ensure that he’s thought of everything — that’s kind of the process that we go through. And through that, I’m involved, and so when we start shooting I feel like I’ve known the character for quite some time, so I’m usually very calm.

ShockYa: I think that comes through in the settledness of the work. Your mother was an actress — do you feel like you picked up a performance instinct from her?

NH: Yeah, I think so, because I remember when I was five years old at my father’s birthday I got onstage with a microphone and sang. I remember it vividly. I was never afraid of the stage, something always pulled me there. I loved reading, and then re-enacting what I read. I guess it has to do with having a peek into this theater world — it always fascinated me, seeing the actors come offstage and laughing and having a chat and then the next moment they’re onstage crying. I thought, “Wow, I want to be part of this!” That helped, but I was never pushed into anything. If I wanted to pursue it I did have the possibility. There was a certain time when I was into singing so I studied opera, but then I felt that acting was my passion, I started really being onstage at 14, and then auditioning for acting schools because that’s what you need to do in Germany. I got a place in East Berlin, and then I got a place in movies by accident because they were supposed to start shooting in two weeks time on the first one I booked, and it worked out. Through that, while I was studying, I had one or two movies I did each year.

ShockYa: You’re bilingual. Do you have the ambition to do movies in English?

NH: I’ve just done a movie with Anton Corbijn, based on a John le Carré novel, called “A Most Wanted Man,” with Willem Dafoe, Philip Seymour Hoffman and Rachel McAdams and Robin Wright — it’s a great cast, and the first really international movie that I’ve made. We finished in November, and it was great. So [more English language movies are] definitely something that I’m looking forward to, if it would ever happen. This is the country of moviemaking! I grew up with all these incredible actors on television that I learned from, and I still do. And I love the way Hollywood filmmakers tell stories, about whatever it is — arthouse or mainstream. And it’s incredible to see what comes out in (TV) series these days. Like, I’m so into “Breaking Bad.” It’s such great storytelling — so difficult and complicated. Those are the things that fascinate me in this job, so if I would ever have a chance to be more a part of it over here I would be grateful.

ShockYa: What do you enjoy doing in your free time?

NH: Believe it or not, I actually love going to the movies! (laughs) It’s such a big part of my life, but I still enjoy going to a theater and watching without always having a professional view of it. And of course then also just relaxing, being with your loved ones or friends, and reading books too. Also, I went to Canada this year, and up to the Yukon. I love doing outdoor kind of things. 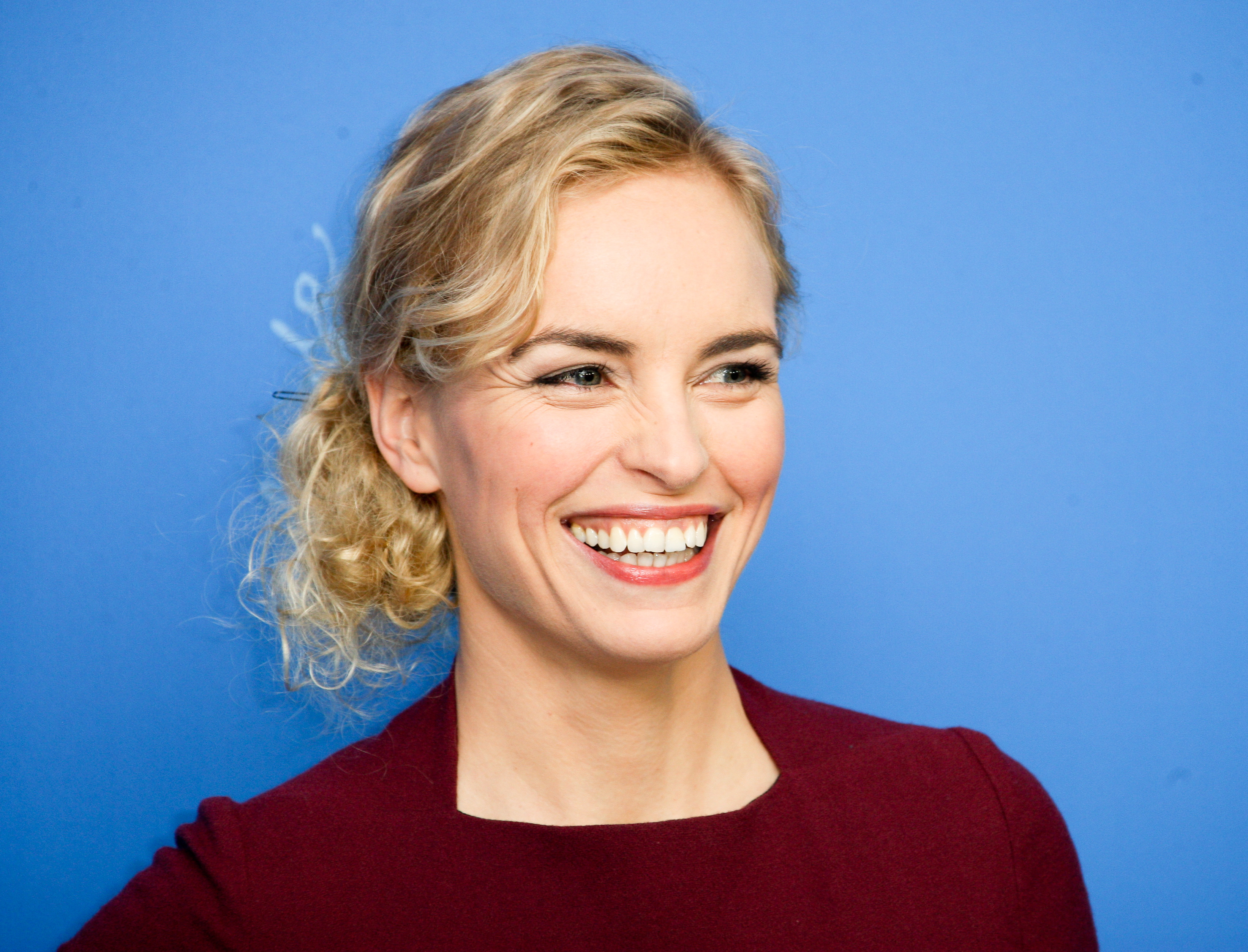 Cancel reply
Bury Your Guilt with New Horror Thriller Gravedigger
The Origin of the Dead Explained in Warm Bodies Prequel Novella, The New Hunger
To Top