If you’re seeking a top-notch cast, look no further than here. Director Stuart Zicherman hit the jackpot with his first feature film, enlisting a monstrously talented and very funny ensemble for his comedy about A.C.O.D. (Adult Children of Divorce). There is not one weak link in this particular chain, a marvelously hilarious film about the impacts of divorce, which includes one very large family, with Carter (Adam Scott) as the center of the pack. This is a film that works on all levels, a winning comedy with a dramatic heart.

Carter is a restaurant manger who, at the age of nine, was subject to his parents’ brutal, ugly divorce. His father (Richard Jenkins) is now married to a younger woman (Amy Poehler) who Carter despises, while his mother (Catherine O’Hara) has made a more respectable choice in a man her own age (Ken Howard). When his younger brother Trey (Clark Duke) announces that he is getting married, Carter once again must serve as the go-between for his parents, and his efforts to do so reveal that his childhood therapist (Jane Lynch) was actually a self-help guru who used him as a case study for her book “Children of Divorce.” That realization causes Carter to question everything, and forces him to take a long look at his life.

Scott has had the opportunity to do great TV work on Party Down and Parks and Recreation , and it’s wonderful to see that, in a lead film role, he performs just as well, holding his own at the head of a tremendous ensemble. It’s especially fun to see him paired with his NBC costar Poehler, who has wicked fun playing what she describes as “a bitch.” Jenkins and O’Hara, two film veterans, are hilarious in opposing roles, and Lynch, as always, is extremely funny in all of her scenes, playing a wild and typically crazy character. When all of these actors are together on screen, it is obvious that they are having a blast, and watching this film is a real treat.

This film’s subject is hardly groundbreaking, yet this still serves as an extremely effective and truly enjoyable take on divorce and how it affects society. At a Q & A following the film’s premiere at the Sundance Film Festival, Zicherman addressed the notion of this generation being the first to be composed heavily of children of divorce. While many involved with the film noted their own experiences with divorce, Jenkins announced that he has been married to the same woman for forty-three years, prompting applause from the audience.

This film addresses a current phenomenon, but it is still a comedy that does not need to be taken as an impetus for social change. The laughs, both mature and immature, are plentiful, and this film is thoroughly entertaining from start to finish. It is rare to see such a solid and magnificent assembly of talent in one place, and Zicherman even manages to elicit a quality performance from Jessica Alba as a fellow subject of the “Children of Divorce” book. Along with The Way, Way Back, this is among the funniest that this year’s Sundance Film Festival has produced.

A.C.O.D. is among the Premieres showcased at the Sundance Film Festival in Park City. 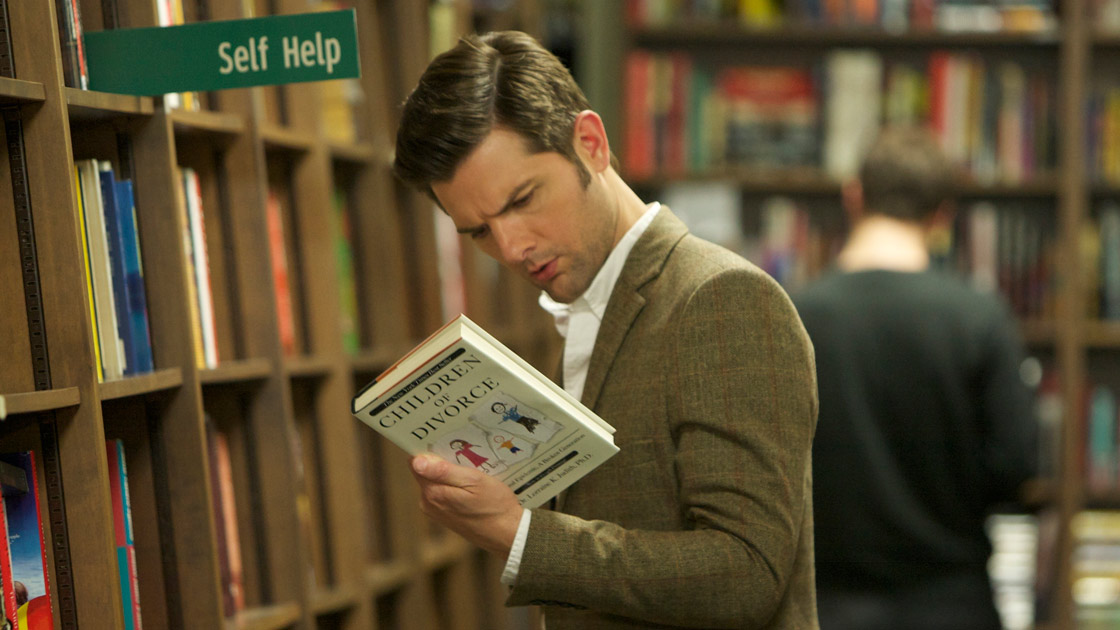