It is difficult to deny the impact of the film Deep Throat, released in 1972, the first true intersection of pornography and mainstream cinema. Its memorable protagonist was Linda Lovelace, who became an instant star after the film was released. Lovelace, from directing duo Rob Epstein and Jeffrey Friedman, who helmed the 2010 Sundance feature Howl, is Linda’s story, following her from her early years spent under the critical eye of her mother (Sharon Stone), to her marriage to the abusive Chuck Traynor (Peter Sarsgaard), to the author of an autobiography that proclaims her interest in breaking free from her public persona.

Amanda Seyfried has played a variety of roles in the past decade, from her film debut as a dim-witted high-schooler in Mean Girls, a seductive prostitute in Chloe, and, most recently, the beautiful Cosette in Les Miserables. Now, she has an unprecedented opportunity to bury herself in a character, snapping on Linda’s sweet signature voice and look of awe as she enters a world wholly unlike anything she had ever experienced. Initially entranced by the self-confidence expressed by Chuck, Linda began a career that would make her more famous than she ever anticipated. As the film reveals, however, her reputation did not help her escape the Chuck’s violent jealousy and possessive nature.

Seyfried’s performance is in tune with the film, casting a spotlight on the private life of a character who was defined by public perception. Seyfried looks the part but offers nothing significant to make Linda empathetic beyond the unfortunate events that befell her, which speak for themselves. Sarsgaard is typically terrific, painting Chuck as an aggressive, terrifying bully dead set on always getting exactly what he wants. In a Q & A following a Sundance Film Festival screening, Sarsgaard insists that he is actually a nice guy, despite the fact that he continues to be cast in roles like this. Among the rest of the cast, Sharon Stone’s mean mother, Adam Brody’s porn star, and James Franco’s Hugh Hefner are unremarkable, while Hank Azaria and Bobby Cannavale’s filmmakers and Chris Noth’s financier add some liveliness to the production.

Lovelace offers twin narratives to explain its protagonist, first showing her path to success and then restaging its events with added scenes, which reveal the misery inflicted upon Linda. This device is only partially effective, and the film feels excessively melodramatic at times in a way that it should certainly should not given the truthful gravity of its content. Compared with another epic story of pornography in the 1970s featured at Sundance this year, The Look of Love, this film feels like a pale imitation, dressing its characters – Chuck and his hairstyle in particular – and its backgrounds up, but failing to apply the same care and passion to its plot. On its own, Linda’s story is a compelling one, but, for some reason, Lovelace cannot capture it, instead appearing to observe its subjects from afar, never quite approaching their true sentiments and feelings. Her story is an emotional, intriguing one, but this adaptation does not do it justice.

Lovelace is an entry in the Sundance Film Festival U.S. Dramatic Competition in Park City. 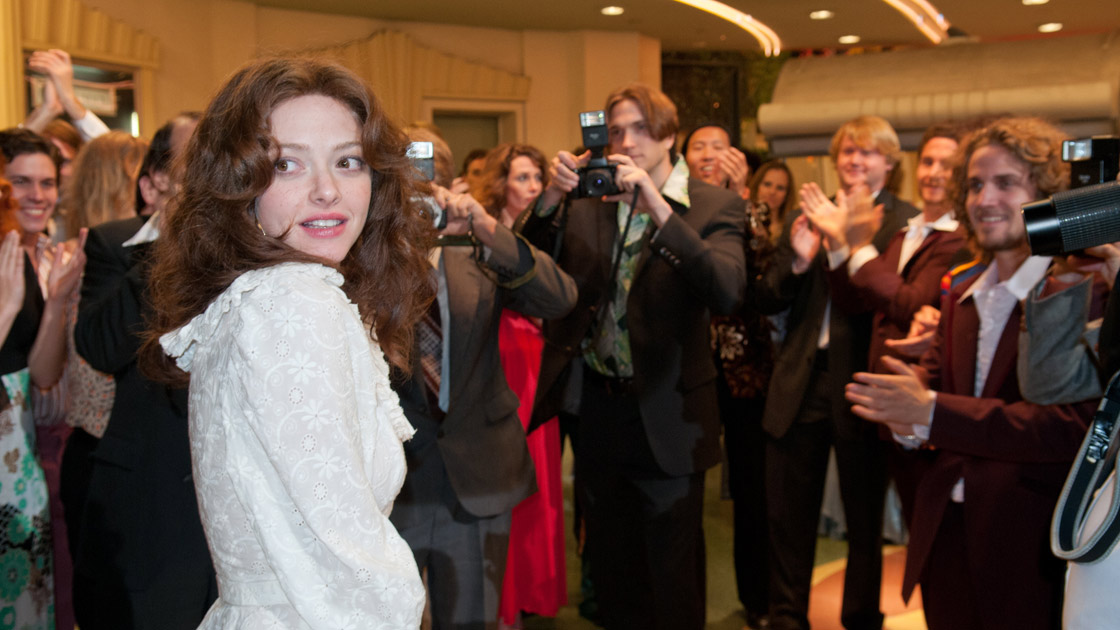