Dror Moreh is having a great month. His film The Gatekeepers, which opens February 1st in New York and Los Angeles, earned an Oscar nomination for Best Documentary Feature, and he showed his film to audiences at the Sundance Film Festival in Park City. Shockya caught up with Dror in Los Angeles to discuss the film and the success he has been enjoying.

Q: What brought you to this idea originally?

A: I wanted to create a movie where nobody can say that these people don’t understand what they’re speaking about. I wanted to create a movie that comes from the heart of the defense establishment of Israel, from the very same people who dealt with the Palestinian conflict all their mature life, who were there from the beginning, who started to work as operatives underground dealing specifically with the consequences of the Israeli-Palestinian conflict.

Q: What were the greatest difficulties you had in convincing people to participate, and was there anyone you couldn’t convince?

Q: Were you surprised that their viewpoints were similar?

A: It’s an interesting question. I don’t think that they are really similar. Their viewpoint is not liberal, it’s pragmatic. They are totally pragmatists. They have used all of the methods of power for their purposes to get as much intelligence as they can. I think that, at the end of the day, they understand that there is a certain point at which power no longer helps you. You have to find some other way to reach your goal. This is up to the politicians and not to them.

Q: Do any recent events, such as the abduction of Gilad Shalit or the war with Gaza, change anything?

Q: Was there anything from recent years that was still classified and didn’t go into the film?

A: This movie will be a five-part series for Israeli television, which will be much more elaborate and go into the disengagement, Gilad Shalit, and other things. It will hopefully be for American television too. Everything just reinforced the point of the film, though. It just contributed to their point of view. A two-state solution is viable and should be reached very soon. The only problem is that there is no leadership on both sides. Having said all of the criticism towards the Israeli side, I’m not putting the blame off the Palestinians. The Palestinians, as Abba Eban said, have never missed an opportunity to miss an opportunity. I think that this sentence is very applicable to both sides.

Q: How do you feel about the Palestinian statehood bid to the United Nations?

Q: If anyone watches this film and wants to know more about what’s happening, where should they look?

A: There will be a book of the interviews.

Q: The film premiered in Israel in December. What has the reception been there thus far?

A: Incredible. We started in two art house cinemas, and we are now in nine theatres. The film is completely sold out a week ahead. It’s unbelievable for me. It’s not something understandable for a documentary.

Q: You’ve been at a few film festivals here in the United States – has the reception been similar?

A: Look, it’s controversial. I think that for Jews, it’s not an easy film to watch. It brings out emotions because, outside of Israel, Jews have the tendency to support Israel, whatever it does. I think that this is a mistake. Every human being should judge for himself, not tribally. We tend to do that, especially in the United States. In my opinion, sometimes it is even damaging to Israel, this automatic support. Israeli politicians feel that they can do whatever they want, and it will be accepted by the international community. There will be no criticism because the state of Israel is above all. You have to judge for yourself – what do you think as a human being? I think that the biggest danger to the Jewish state is maintaining the occupation. It’s what the heads of the Shin Bet are saying very loudly and clearly.

Q: Have you seen 5 Broken Cameras?

A: No, but I’ve heard a lot about it. I think that it’s amazing that a country the size of Israel manages to bring two documentaries to the final round of the Oscars. I think that it shows that America is still interested in what is going on with the Israeli-Palestinian conflict. The documentary scene in Israel is amazing. Fiction films are great too.

A: I have one project that I’d like to do about the Mossad, which is not easy. I’m also starting to work with fiction. 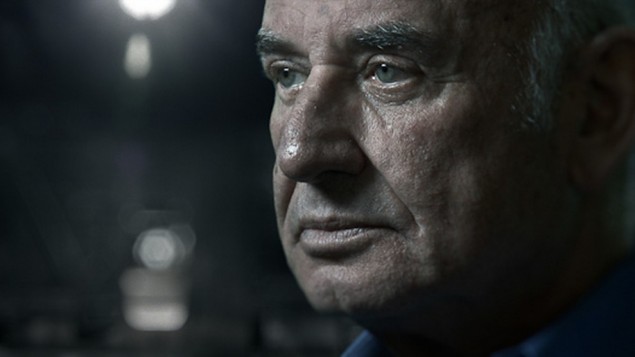