The Death Race franchise is an interesting anomaly. While Paul W.S. Anderson’s first picture got a theatrical release in 2008, the rest of the franchise has been destined for straight-to-DVD releases. You’d think the quality of the pictures would drop, but instead they’ve only increased. A lot of that has to do with Luke Goss’ physically intimidating, yet likable take on Frankenstein, the driver trying to win his freedom. Death Race 3: Inferno marks the second outing for Goss as the character, and we had a chance to sit down with him exclusively and discuss the franchise and how much ass he can kick, both hand-to-hand and inside a car. 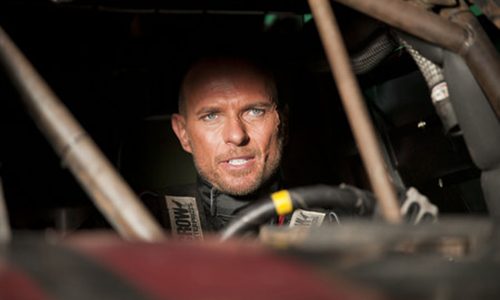