As Marc Webb begins shooting his follow-up to last summer’s hit fantasy action adventure, ‘The Amazing Spider-Man,’ Sony Pictures revealed that Paul Giamatti and Colm Feore have been cast in the sequel, Comic Book Movie is reporting. The movie studio also announced the official synopsis for the film, and that the second installment in the rebooted series won’t include spectacular or sensational in the title; instead, it will simply go by ‘The Amazing Spider-Man 2.’ This is the first time that Sony Pictures officially referred to the title of the anticipated sequel.

The news of Giamatti and Feore’s casting comes as Columbia Pictures, the company that released the first ‘Amazing Spider-Man’ and will distribute the sequel, announced yesterday that the second film began filming in New York. ‘The Amazing Spider-Man 2’ will be the first in the history of the superhero franchise to be filmed entirely in New York City and New York State.

Besides Giamatti and Feore, ‘The Amazing Spider-Man 2’ will feature returning franchise stars Andrew Garfield in the title role, Emma Stone and Sally Field. Other new stars to be featured in the sequel include Jamie Foxx, Shailene Woodley and Dane DeHaan.

In ‘The Amazing Spider-Man 2,’ Peter Parker’s life is busy, between fighting evil as Spider-Man and spending time with his love, Gwen, played by Stone. But he he hasn’t forgotten the promise he made to Gwen’s father to protect her by staying away, even though it’s a promise he can’t keep. Things change for Peter when a new villain, Electro, portrayed by Foxx, emerges; an old friend, Harry Osborn, played by DeHaan, returns; and Peter uncovers new clues about his past. Giammati will reportedly play villain Alex O’Hirn/Rhino, but there’s no word yet on which character Feore will portray.

‘The Amazing Spider-Man 2,’ which sees the return of Webb at the helm, is based on a screenplay by Alex Kurtzman, Roberto Orci and Jeff Pinkner. The sequel is based on the Marvel Comic Book by Stan Lee and Steve Ditko. The second installment is set to be released in theaters in 3D on May 2, 2014. 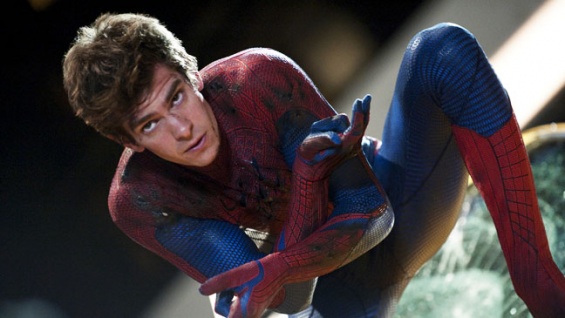