If the Super Bowl can spawn takeoffs like the Puppy Bowl and the Lingerie Bowl, why doesn’t the Oscars have a dedicated parody equivalent? (And no, the Razzies, with their flip-side “honorifics,” doesn’t really count.) Well, they do, actually — in the form of the Toscars, an annual event/contest in which short films spoofing some of the year’s most lauded motion pictures are showcased. Sponsored by Brits in LA — one of the largest British ex-pats groups in the world, with close to 5,000 members living and working in the City of Angels — the Toscars consists of entries which must be produced in only three weeks, starting the day the Academy Award nominations are announced. It then has a black-tie awards ceremony, which this year will be held February 19 at the Egyptian Theatre, where judges Eric Roberts, Janina Gavankar and Rex Lee will bestow tongue-in-cheek prizes, including “Best Whactor,” “Best Whactress” and more.

And this year, even as Academy Award nominees complete their spray tans… err, final laps of preparation before the February 24 event, the Toscars will have at least one person with an immediate connection to both ceremonies. Actress Tehmina Sunny, who had a small role in Best Picture Oscar nominee “Argo,” is headlining its parody, “Stargo.” (Other titles include “Breasts of the Southern Wild,” “Silver Whinings Payback” and “Half Past Twelve (At Night).”)

“Do you know what I love about it?” asks Sunny over coffee during a recent interview on a sunny Los Angeles weekend. “In this industry, OK, we have fun, sure but it’s also serious, and the awards shows are so serious, so to be able to have an awards ceremony that’s a parody of the Oscars, that’s actually humorous and fun, [is such] a genius idea. I’ve wanted to go for the past few years, and I’m so excited to be involved in it this year. With my team, we’re doing a musical parody.”

“Argo” was a huge production, Sunny recalls, “not only with the extras, but the production team and all the locations — hats off to Ben (Affleck) for not only directing but producing it and leading. I asked him, ‘How do you do it all, and make it look so effortless?’ And he said the planning and preparation are essential, and once that’s properly secured then you know everything is going to run accordingly.” Despite lacking quite that same level of resources, Sunny remains confident that “Stargo” — as well as the other Toscars entrants — will exhibit an admirable level of professional polish.

Like so many others, though, she won’t have the luxury of just focusing on one thing. The actress — who’s shot a recurring role on “Mistresses,” a soapy Alyssa Milano series slated for a May premiere on ABC — just came off a months-long stint as part of CBS’ diversity showcase, and has been busy prepping for the forthcoming pilot season audition circuit by doubling down on acting classes — something she says she doesn’t understand more actors not taking advantage of during this time of year. “It’s like going to the gym — it’s all muscles, getting to where you need to get to, and being able to trigger things within you,” she says. “You can chance it and just wait until you’re on the job, or you can make more sure that you can have it whenever you want it. It’s important to be able to get to know and push yourself even more, and realize you can go further with your range… [and] the only way you’re going to do that is to be in class and learning not only from other people but learning more about yourself.”

NOTE: For more information on the Toscars, visit www.TheToscars.com, or find them on Twitter under their @TheToscars handle. 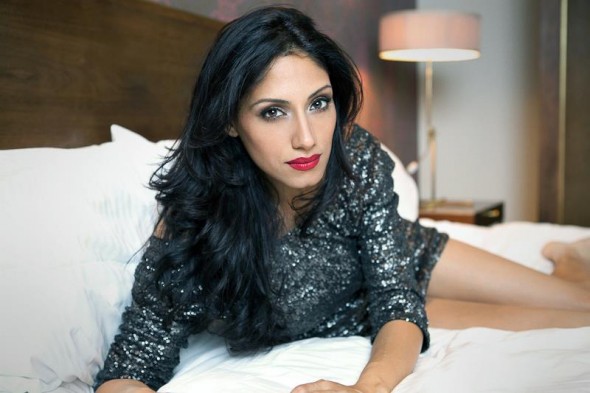