Look at the large number of ads in New York subway cars touting for-profit colleges, so eager for students to apply that some of them accept high-school dropouts, promising to award two-year Associates degrees together with GED’s. You’ve got to appreciate those traditional colleges that are ranked so highly that some accept eight percent of applicants of even less. Considering the cost of out-of-town colleges nowadays, figure $50,000 per year when you include books and dorm fees, it’s amazing that the so-called Ivies can attract so many applications. Such a school is Princeton, which is generally considered among the top three, the others being Harvard and Yale. At Princeton—where no less a figure than Albert Einstein once taught—applicants are so anxious that they wait by their mailboxes when letters of acceptance, rejection and waiting list are expected. Paul Weitz’s movie “Admission,” one distributed by Focus Features which itself is highly selective of movies it buys, takes place in an around Princeton, New Jersey and could serve as a product placement for the school, as if Princeton really needs the advertising!

Director Weitz, whose “Little Fockers” and “American Pie” are nothing if not hilariously vulgar comedies, instead helms “Admission” as a dramedy, a combination of comedy and drama that has some elements of soap opera, plus the kinds of laughs that are not broad but subtle. The film could be of particular interest to those of us who have been fortunate enough to attend academic institutions not located on the second floor of a New York office building but rather on the rolling hills of academia—giving its students the opportunity to live away from their parents for four years and perhaps find lasting friendship, contacts for future employment, and maybe a smidgen of learning for its own sake.

Tina Fey, known to all of us for her spot-on imitations of Sarah Palin, stars as an admissions officer, one presumably gifted for selecting the cream of the crop (unlike John McCain). She does her comic shtick, of course, recognizable to all of us who have seen her Michael McCullers’s “Baby Mama” where she plays the part of a career woman who hires a working-class woman for a surrogate pregnancy, and of course on “Saturday Night Live,” where she nails Sarah Palin’s look and accent but not the latter’s ability to see Russia from her window.

In “Admission,” the straight-laced Portia Nathan (Tiny Fey), who keeps a scrupulously clean desk aided by a can of compressed air, competes with Corinne (Gloria Reuben) for the woman who will replace Clarence (Wallace Shawn) as Dean of Admissions upon the latter’s imminent retirement. When she meets John Pressman (Paul Rudd), a Dartmouth graduate who now runs a progressive high school on a farm, she learns that Pressman is not only pushing to get his prize student Jeremiah (Nat Wolff) into Princeton, but who is crossing ethical boundaries by indicating that Jeremiah is Portia’s adopted son. This would obviously prejudice Portia into lobbying for Jeremiah’s candidacy when the admissions committee meets, while at the same time she is attracted to Pressman particularly since she is on the rebound, dumped by her long-term boyfriend Mark (Michael Sheen), who teaches English lit. and has left Portia for another.

Further, Portia has met up with Susannah (Lily Tomlin), a free-spirited mom who is portrayed stereotypically as a feminist who believes that women should not depend on their mothers but should be independent and liberated as she is.

Tina Fey anchors the movie as a woman who runs the emotional gamut from crying (when her boyfriend leaves her) to exhilaration (when she finds common cause with Clarence). Clever side roles are on exhibit by Travaris Spears as Nelson, a sixth-grader in Pressman’s school whom Pressman adopted when traveling in Uganda, an ensemble of students in Pressman’s school who have adopted the leftist line about institutions that they consider racist, sexist and homophobic, and Princeton University itself, which comes across as the kind of elite institution that Republicans are supposed to dislike but do not. “Admission” succeeds well in bridging the gaps from comedy to drama with aplomb, deserving advanced placement on your movie-going schedule. 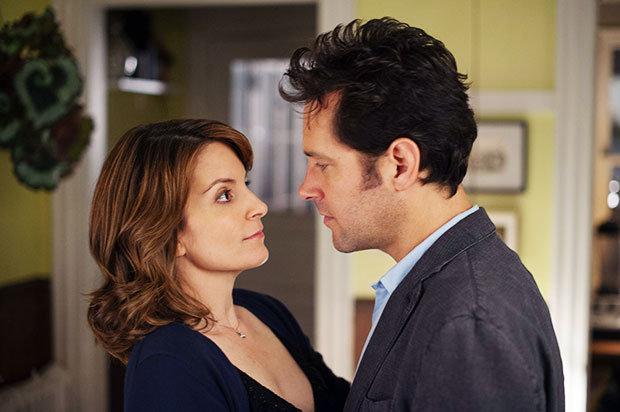