A tender, impressionistic coming-of-age tale set against the backdrop of the Cold War in Great Britain, “Ginger & Rosa” is a colored pencil sketch of a movie distinguished by its acting — in particular young Elle Fanning, the actress at its core. Giving off the feeling of a short story, it’s not necessarily wildly revelatory, but instead small and intimately observed; in short, it’s easy to see why distributor A24 Films took a spin on an awards season limited release, to try to spotlight Fanning’s mesmeric performance.

The film unfolds in London, where Ginger (Fanning, of “Super 8”) and Rosa (Alice Englert) are inseparable teenage pals. Ginger’s parents have split and she lives with her mom, Natalie (Christina Hendricks), but is drawn to her lefty intellectual father, Roland (Alessandro Nivola), who was a conscientious objector to World War II. This and other of his bedrock principles inform Ginger’s budding activism. She becomes gripped by the anti-nuke protest movement, which rather delights her two gay godfathers, Mark and Mark (Timothy Spall and Oliver Platt), as well as their feminist friend, May Bella (Annette Bening, sporting a choppy bob).

The girls are on the precipice of becoming women, however. And while “Ginger & Rosa” takes place a little before the sexual revolution proper, it incorporates that the-heart-wants-what-the-heart-wants fuzziness into Roland’s character, which also summons up memories, by degrees, of “An Education.” Rosa, you see, begins to gravitate toward Ginger’s dad, and he does little to deflect and dissuade her attentions. The toll this burgeoning relationship — and keeping it a secret from her mother — takes on Ginger forms the movie’s psychological and emotional backbone.

Writer-director Sally Potter (“Orlando,” “Rage”) has a great gift with mood and melancholy, which gives her story strong roots. In capturing the stolen private moments of her titular pair — sneaking cigarettes, soaking their jeans together in a bathtub, laughing like loons to the blasting radio — Potter taps into the same sort of uniquely mad, combustible energy of female adolescents as on display in movies like “My Summer of Love” and “Heavenly Creatures.” (It’s this sort of highly unfiltered emotion, like chewing aluminum foil with a filling in one’s mouth, that strikes fear in the hearts of men.)

This mooring helps the movie mostly — though not entirely — cut and shove its way through the melodrama of its late second and third acts. Because Potter has sketched out these girls (and their friendship) so well, it seems and feels to matter less that she then cycles through sequences of similar symbolism, or contrives a situation to unspool a big revelation in front of all of the characters at once. “Ginger & Rosa” is an actors’ showcase, in essence, and Fanning, once just “Dakota’s sister,” is assuredly a talent to watch in her own right. 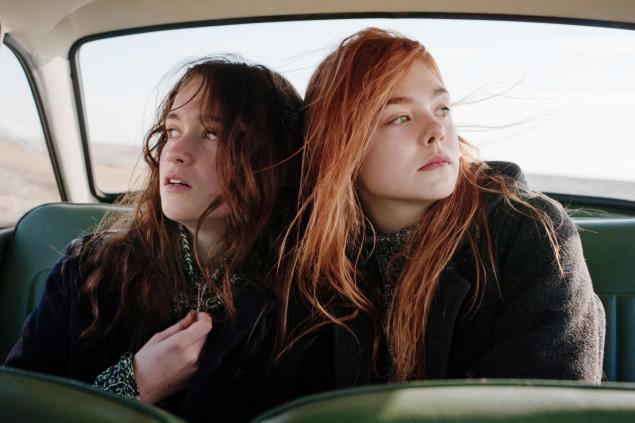