Julianne Moore’s new horror mystery thriller, ‘6 Souls,’ which was directed by Mans Marlind and Bjorn Stein, is now available On Demand. The rated-R movie is now also available to rent on iTunes. The film, which was written by ‘Identity’ scribe Michael Cooney and also stars Jonathan Rhys Meyers, is set to be released in theaters on April 5.

‘6 Souls’ follows Dr. Cara Harding (Moore), who is dealing with the death of her husband. Her faith in God has been shaken, but not her belief in science. In an attempt to open her up to accepting unexplainable psychiatric theories, her father introduces her to Adam (Meyers), a patient with multiple personalities. Adam takes on some of the physical characteristics of his other personalities. Cara quickly discovers that Adam’s other personalities are murder victims, and the more she finds out about him and his past, the closer she and her loved ones are to becoming murder victims themselves.

Check out the trailer and poster for ‘6 Souls’ below. 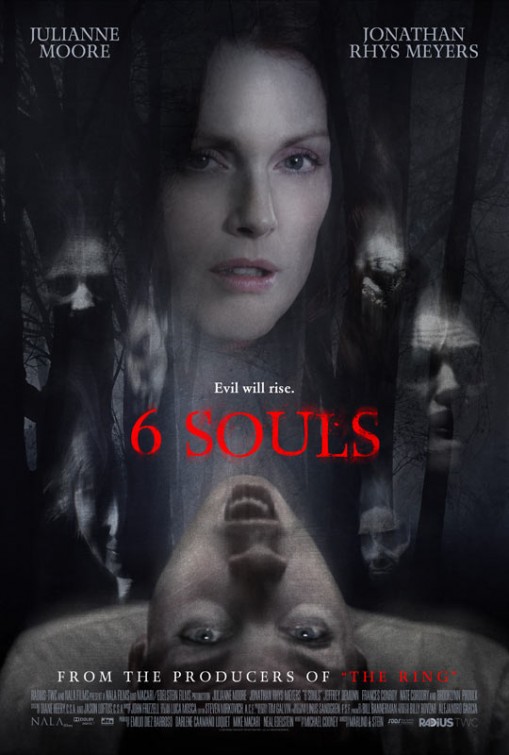