Stuck To Your Pillow Coming To DVD April 30

Breaking Glass Pictures has announced that Mari Navarro’s romantic comedy “Stuck to Your Pillow” will be on DVD April 30. The Spanish-language film will probably be very exciting for fans of paranormal romance; much like the “Ghost,” a love continues despite one of the lovers being dead.

“After a serious diving accident ends tragically, Miguel encounters his guardian angel that urges him to cross over. But Miguel continues to live on Earth as a ghost for the sake of the love of his life: Patricia.

Patricia is a married woman, but finds herself starting a relationship with Miguel’s astral spirit through her dreams. Her husband Luis becomes wary of his wife’s strange behavior and hires a private detective who discovers the otherworldly affair between Patricia and Miguel.

Merging the world of the living and the dead, Miguel and Luis enter into a battle of wits for the love of Patricia. Through touching moments, comedic episodes, and a heartwarming message that all things must be laid to rest, Stuck to Your Pillow brings together all the elements of an enjoyable romantic comedy into one adventurous package.”

The film is priced at $24.99 and will have bonus features such as a making of featurette, director’s commentary, and deleted scenes. Check out the trailer below to see what you think about the film. 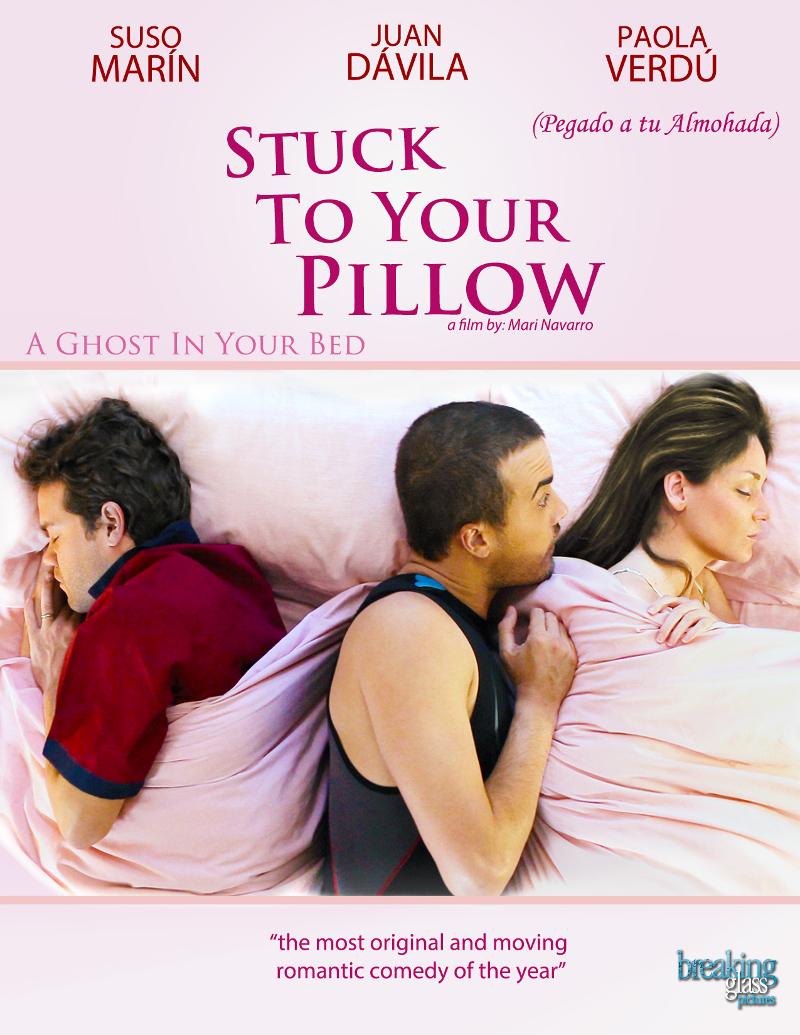