After bowing at Cannes, writer-director Adam Leon’s “Gimme the Loot” was a 2012 festival staple, and it’s easy to see why. A slim, low-budget coming-of-age tale whose richness lies entirely in its interstices, it’s a keenly observed work that celebrates the unfettered joys of youth, and rewards viewers by reminding them of the power of a simple tale told well.

Bronx teenagers Malcolm (Ty Hickson) and Sofia (Tashiana Washington) are best friends but not romantically involved. Instead, they’re bound together by their love of tagging. When a rival gang of graffiti artists deface one of their beloved creations, they hatch a scheme to “bomb” the celebratory apple that pops out at home games after every home run by the New York Mets (they’re Yankees fans), and thus generally win all sorts of attention and respect.

The problem is they need a quick $500 to launch their big plan. After dealer Donnie (Adam Metzger) refuses to front him any cash, Malcolm slyly rips off a bit of dope, looking to sell it and make ends meet. He then winds up at the apartment of Ginnie (Zoë Lescaze), an entitled college student. Flirtation ensues, and Malcolm is torn between the possibility of a more immediate servicing of his libidinal needs and the idea of nabbing her parents’ jewelry collection. Sofia, meanwhile, deals with the theft of her bicycle, and getting hassled by some of the aforementioned rivals.

Leon’s film, not unlike Jim McKay’s underappreciated “Our Song,” the film debut of Kerry Washington, is a simple little movie that is perceptive of and in tune with adolescent whim. McKay’s movie followed three Crown Heights teenagers over the course of an entire summer; “Gimme the Loot” is more condensed, unfolding over two days. Both, however, share a documentary style that isn’t ostentatious, but instead just devoted to capturing the sleepy rhythms of juvenilia, as punctuated by flashes of bickering. It lovingly captures New York City, in composed fashion, but without giving off an air of self-regard.

Some of the dialogue has an amusing anecdotal snap (Malcolm complains about “stickage,” or his testicles sticking to his leg in a hot car), but most of “Gimme the Loot” is just teenage jostling and posturing; the $500 and limited-window time constraint are essentially head feints, or just the skeleton for this colorful urban adventure. Eliciting engaging, naturalistic performances out of his cast of newcomers, and using a soundtrack of R&B and gospel, Leon subverts the expectations of this plot, which could easily spin off into more dire territory given a different pivot or two. Instead, “Gimme the Loot” underscores teenage energy, and makes a winning case that that is enough for a compelling character study. 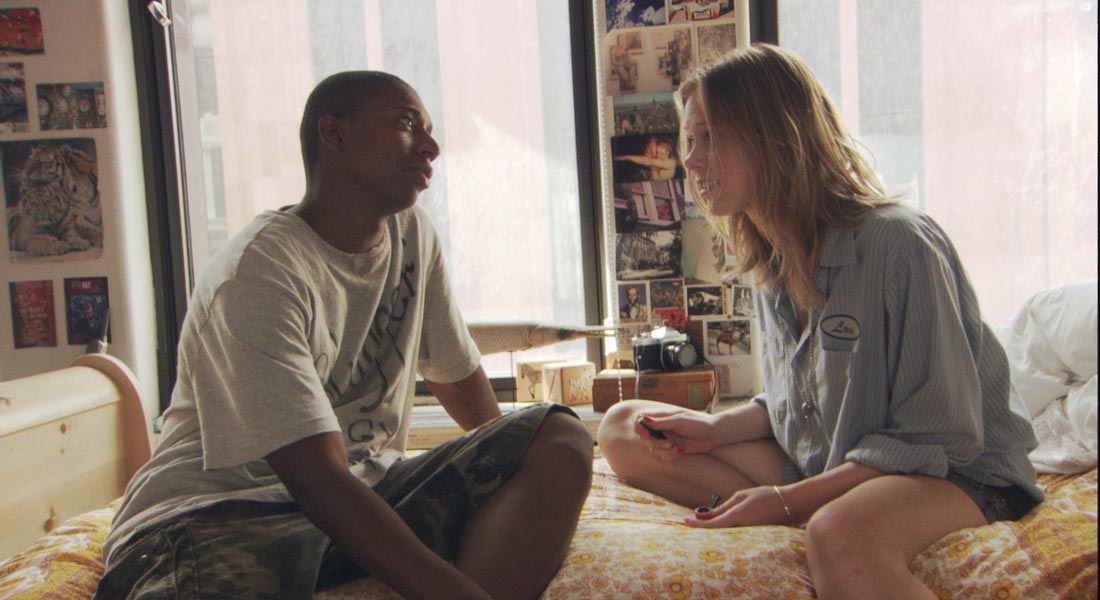