Indie import “Hunky Dory,” starring Minnie Driver, may have been initially conceived before the hit small screen show “Glee,” but it suffers mightily in comparison to the pop cultural shadow of that series, playing like a mash-up of it and a decidedly retro version of “High School Musical,” as filtered through the gauzy lens of underclass-artistic-exuberance that’s plagued a certain subset of comedic-leaning British offerings ever since “Billy Elliot.”

Set in blue-collar South Wales in 1976, musical dramedy “Hunky Dory” (a nod to the title of David Bowie’s fourth album, as well as its adult protagonist’s default mindset) tells the story of an idealistic drama teacher, Vivienne Mae (Driver), who endeavors to fire up her apathetic students by staging a glam rock/pop adaptation of William Shakespeare’s “The Tempest.” Stella (Danielle Branch) is cast as Miranda, which binds brooding Davey (Aneurin Barnard, of “Citadel”), who nurses an unrequited crush on her, to the role of Ferdinand. When an unsupportive administration, a couple of cast dropouts and a rolling series of other disasters threaten to derail the show, Vivienne tries to save her show by appealing to the vanity of the school’s headmaster (Robert Pugh), and casting him as Prospero. Accented wackiness, the frequent use of the word “wanker,” and all manner of pat teen drama ensues.

Barnard is a suitably smoldering presence, but the typically charming Driver leaps awkwardly to and fro in a role that is problematically written. One moment she’s seeking out truant students and shaming them via bullhorn, like a brassy Erin Brockovich, but later she’s basically ignoring infighting and outright physical confrontations that are undermining her ability to control the class and impose some level of focus on her kids.

“Hunky Dory” builds to an undeniably poppy and somewhat cathartic finale, but Laurence Coriat’s screenplay is a superb example of mere dutiful execution, lacking much distinctive flourish in either character or dialogue. The movie drags on too long as well, needlessly investing in backstories that aren’t that interesting and don’t add that much to the main plot of the production of “The Tempest.” When director Marc Evans is able to concentrate on some of the actual inventive musical stagings, there’s often a rush of wind under the film’s wings. Alas, that’s not frequent enough to fully redeem matters. 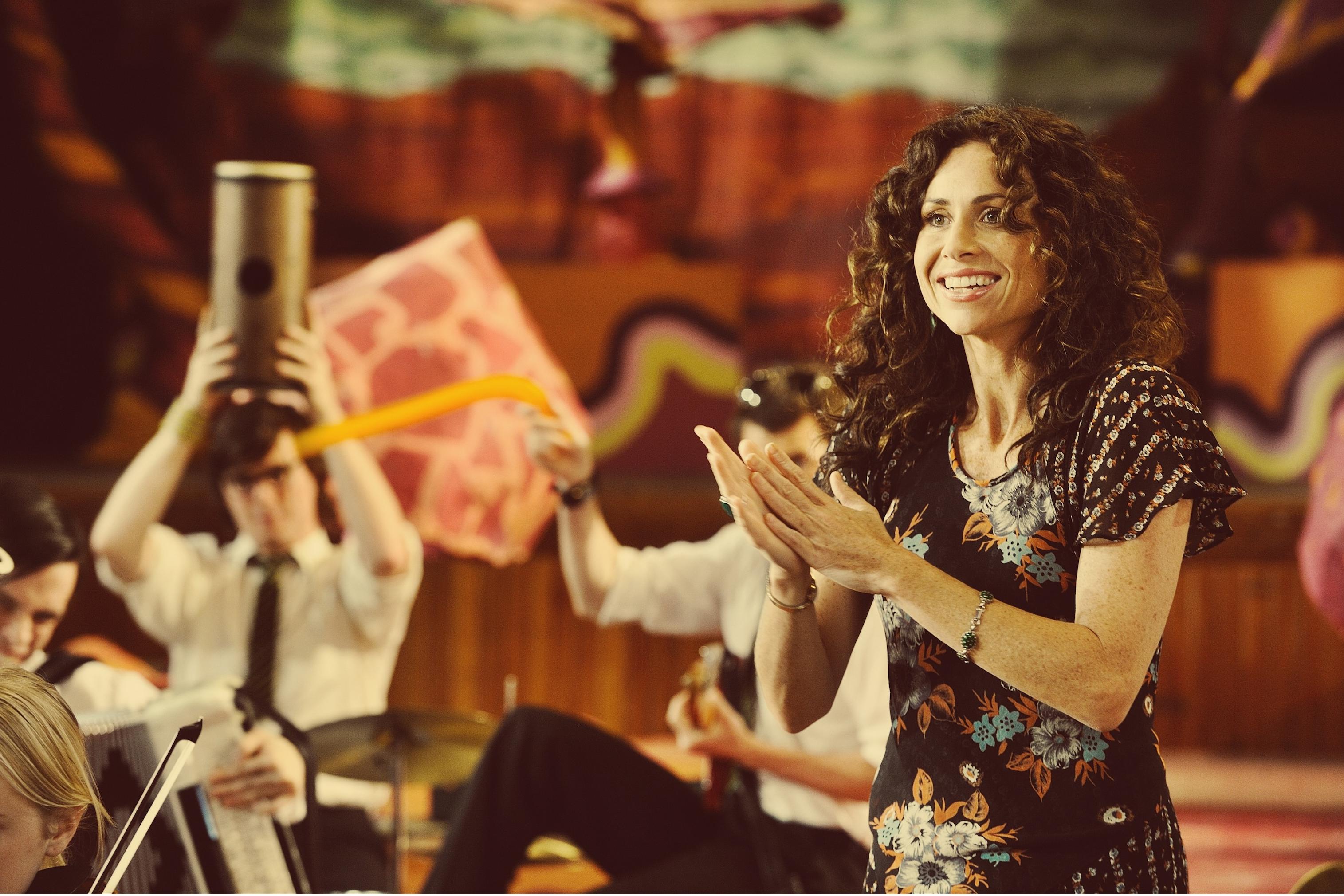