A new character poster featuring Nyota Uhura from the anticipated sequel ‘Star Trek Into Darkness’ has been released on iTunes Movie Trailers. The poster features actress Zoe Saldana, who portrays the Lieutenant communications officer, kneeling down and holding a gun.

‘Star Trek Into Darkness’ is set to be released by Paramount Pictures on May 15 in select theaters in IMAX. It will then expand wide on May 17 to theaters everyone . The action adventure film, which was directed by J.J. Abrams, also stars Chris Pine, Zachary Quinto, Karl Urban, Simon Pegg, Anton Yelchin, John Cho, Bruce Greenwood, Benedict Cumberbatch and Peter Weller.

The sci-fi thriller follows the Enterprise as it’s called back home. But the crew find an unstoppable force of terror from within their own organization has detonated the fleet and everything it stands for, leaving Earth in a state of crisis. With a personal score to settle, Captain Kirk (Pine) leads a manhunt to a war-zone world to capture a weapon of mass destruction. Love will be challenged, friendships will be torn apart and sacrifices will be made for the crew, the one family Kirk has ever known.

For more information on ‘Star Trek Into Darkness,’ visit the movie’s official website. Check out the Uhura poster below. 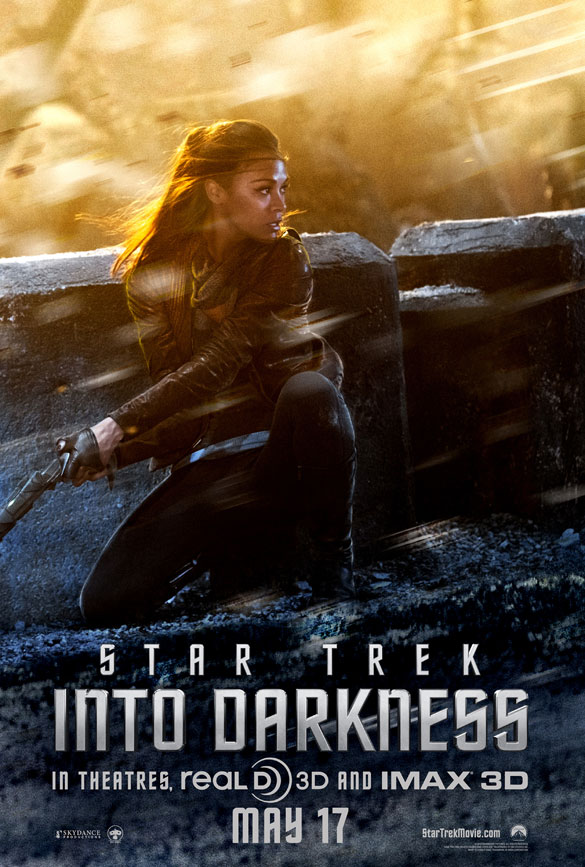