The winner of Best Narrative Feature at last year’s SXSW Festival, writer-director Adam Leon’s “Gimme the Loot” takes a premise seemingly made for dark twists and turns — over the course of two summer days a pair of Bronx graffiti artist teenagers, Malcolm and Sofia, try to hustle, scrape together and possibly steal $500 to pull off a big stunt that will humiliate their rivals and cement their tagger status — and turns it into a keenly observed, vibrant, livewire work coursing with adolescent energy. As a result, the young director has been rewarded with attention as one of the top up-and-coming filmmakers of the under-30 set. For ShockYa, Brent Simon recently had a chance to speak with Leon one-on-one, about race, class and taking his little movie around the world. The conversation is excerpted below:

ShockYa: “Gimme the Loot” captures the unfettered joys of youth, and probably subverts a lot of expectations based on the logline and even the title. How much did you want to present situations that on the surface could be quite dangerous, but not have a hard edge or menace?

Adam Leon: That was the core idea. In fact, we’d say very early on that we wanted to do something about the joys of youth rather than the perils of it, set in this environment where I think you’d normally expect the opposite of it. That grew out of my experience growing up in New York and my experience co-directing a short film where we used non-professional actors from the Bronx. Getting to know these kids was great… and so was working with them again, and knowing that they had often tough lives and that we didn’t ever want to sell that out, (but that) they were just kids, they were just teenagers. Hopefully we’re being authentic, but also just a little bit more upbeat, in telling an adventure set in that world. That was the idea from the beginning.

ShockYa: In regards to the visual look and feel of film, your shots are very composed. The movie is about tagging and graffiti, but doesn’t concern itself with the stylistic excess you might expect in an attempt to convey the edge and hipness of that endeavor.

AL: I’m very interested in the separation between storytellers, the story and the audience, and that relationship between those three things, but at the same time I also feel that — while there are some directors that I admire very, very much who work in a looser, rougher handheld style — I have found overall that sort of (style) becoming a tired shorthand to indicate that, “You’re really there, this is really rough!” That’s kind of a trick that in some ways draws attention away from the characters themselves, and how they interact with the space, to create motion through camera movement, which isn’t really storytelling through camera. That, to me, feels more like manipulation through camera movement. In some ways the movie is about upending expectations, and so you might expect a certain type of music or tone, and we go (the other way).

ShockYa: What’s been your most interesting or unique experience traveling with film?

AL: Definitely going to Cannes, which is something that we didn’t expect at all. We had a lot of fun, because I think we were able to go in without feeling as though we belonged. We couldn’t believe that we were able to go — we felt very blessed and lucky and that put less pressure on us. We felt like, “We don’t need to win a prize, we’ve already won by getting to be a part of this.” It’s just an amazing place. And then the other festivals around the world, it’s been a thrill — whether again in France, in Deauville, or Belgium or London. And it’s been to Argentina. To see audiences that are very far from New York or the United States connect with the characters and have fun and be laughing [with] this really culturally specific movie puts a smile on your face.

ShockYa: Were there other films that you saw as specific influences or touchstones for this movie?

AL: Growing up on a healthy diet of New York City filmmakers there’s an influence there, but I was very purposefully not watching too much of that before I made the movie. But there is this one movie called “Little Fugitive” from the 1950s about these working-class kids who go to Coney Island. And it’s really shot on the street, and feels very much of that only-in-New-York variety, about a group of kids [for whom it isn’t] always easy. It has a lot of heart to it. I was already working on the script for “Gimme the Loot” when I saw it, and it was a great motivation in how they nailed it — if they did that 50 years ago with 16mm film cameras, then we can go out there and do it now. I don’t know if we lived up to that, but that was something that we looked at.

ShockYa: You’re white, your two protagonists are African-American, and while race doesn’t play necessarily an integral role in the film there’s definitely a strain of racial and/or class specificity to the movie, if not quite outright tension. Were you sensitive to the fact that you were telling a tale that could at least be perceived as quote-unquote “a minority story.”

AL: Right, I don’t think it is that. First of all, the two lead characters are African-American, and it’s a part of who those characters are, there’s no way around that — just like being a girl is integral to Sofia’s character. I think that you don’t go into this blind. I was hoping the movie would have the kind of success that it’s had so that I would be asked questions like this very early on. And I think it comes down a very specific thing with this movie, and then a broader point — the specific point is that the guy who plays Malcolm, I really liked him and wanted to do a movie with him. I felt that he was ready to do a feature film, as was I, so I developed the project with him. And the project came about very organically. I feel that the story itself — while race is very important to who they are — isn’t necessarily a story of racial identity. It’s not about Stokely Carmichael, for example. It’s a New York story, or really more than that just a teenage story — so you just go in and try to give as much dignity and heart and authenticity and honesty to all of the characters. …And the way that hopefully we accomplished that was by research and discussion and really leaning on the actors and the entire team.

ShockYa: Sure, its richness in the interstices. The film [isn’t] largely explicitly about these things. But how much did you really want to explore or consciously present what is one of the greater unspoken divides in contemporary America [class tension]?

AL: For me it all starts with the characters. So it’s about creating characters that feel very genuine no matter how broad the story might be. I think it’s a movie, definitely — it’s not as broad as the silliest comedies, but even if you’re doing one of those I think it’s still about developing great characters and making them feel as fleshed-out as possible, putting them in scenarios that are interesting. Those places can be thrilling, and they can make you think. There are scenes that, because of who the characters are, touch on race, gender and class, but I think it’s a mistake for the writer or director to go in with an agenda first. It’s better to just let those things come out. 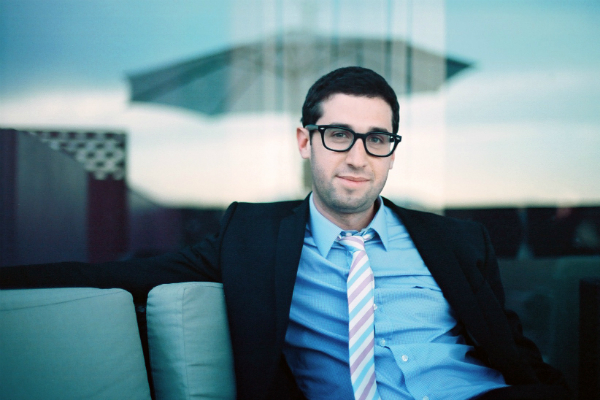