Every state of grace withers. Luchino Visconti’s Fall of the Gods (the literal translation of the movie known as ‘The Damned’), set in 1933, portrays the downfall of an industrialist German family, caused by the Nazi outbreak. Eighty years later the silver screen is the stage of another political debacle: ‘Olympus Has Fallen’ shows America’s geopolitical role faltering.

The White House (Secret Service Code: ‘Olympus’) is captured by a terrorist mastermind and the President is kidnapped. In the meantime the former Presidential guard, Mike Banning, finds himself trapped within the building, and as national security team scrambles to respond, Banning’s inside knowledge will help retake the White House, save the President and avert an even bigger crisis. The action-thriller features Gerard Butler, Aaron Eckhart, Morgan Freeman, Angela Bassett, Melissa Leo, Ashley Judd and Rick Yune.

The director, Antoine Fuqua, whose credits include ‘Training Day,’ ‘Tears of the Sun,’ ‘Shooter’ and ‘Brooklyn’s Finest,’ has taken on an interesting challenge with his latest movie. Ever since the 9/11 attacks the United States of America’s role, as world leader, has wavered and Fuqua’s movie focuses on this problematic. But since the Middle East has been endlessly portrayed as villain on the big screen, this time threat comes from South East Asia’s black spot, where no-one is allowed to get in or out and the few that do aren’t allowed to carry neither mobile phones nor cameras: North Korea.

In 1996 in ‘Independence Day’ aliens had to be disturbed to put the American power at risk, but after 2001 it barely takes a Foreign delegation from Asia to trouble the most powerful nation on earth. The attack in ‘Olympus Has Fallen,’ occurs on the 5th of July, and this finds a double meaning for the date: not only do the terrorists take advantage of the post-Independence Day festivities to strike when America is distracted, but the date also homages July 5, 1865 when the Secret Service was first formed. But besides this cunning choice the entire plot is very linear with some instants of involuntary drollness, caused by the villains’ ease in barging in and destroying the most guarded place on the planet – the White House – as well as the Übermensch hero’s endeavours to save the leader of the free world.

Gerard Butler holds majestically the film on his shoulders, with few lines of dialogue but many enticing combats. Aaron Eckhart is perfect as President, as he declared he “fits off-the-rack suits,” since he is now accustomed to political characters, since he played the newly elected district attorney in ‘The Dark Knight,’ and a tobacco lobbyist in ‘Thank You for Smoking.’ Morgan Freeman is surprisingly dull, as the low-spirited Congressman Martin Trumbull who assumes command when the President is taken hostage; contrarily to Rick Yune who is rather disquieting as visiting Foreign Minister Kang, who takes over the White House and almost succeeds in bringing the United States of America to its knees.

Fuqua declared he made a great deal of research in order to accurately create the situations in the movie, reading books and speaking to professionals about their work, since he has many friends working in the White House’s Secret Service. All those who have stars and stripes in their heart will fondly hope that the real Secret Service isn’t as incompetent as the one portrayed in this movie. Yet again the digital effects are the core element to this blockbuster. Many spectators will have the feeling of viewing the first Die Hard of 1988, transposed at the White House, with some amusing episodes where former President Lincoln seems to be mocked – either Fuqua did not appreciate Spielberg’s tribute, or he simply isn’t a great fan of Abraham.

The film will soon (June 28th) find confrontation with the similarly themed project by Columbia Pictures: Roland Emmerich’s ‘White House Down,’ where a paramilitary group takes over the White House and a Secret Service agent must rescue the President of the United States. We’ll see which of the two films will gain the upper hand, one thing is certain: if during these days North Korea’s nukes are fired, Fuqua will definitely prove to have been prophetic. 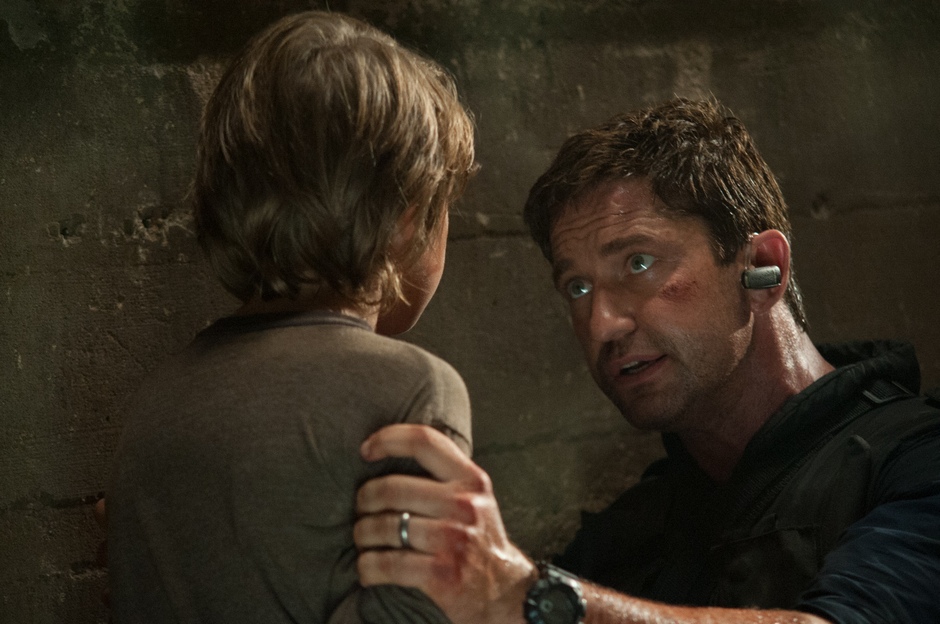