Anchor Bay Entertainment has announced the thriller “Pawn,” starring Forest Whitaker and Michael Chiklis, will be available on DVD and Blu-ray April 23.

The film follows a cop as he goes to a robbery call, only for what might have been routine to turn into anything but:

“A cop walks in on a robbery in progress. But what happens next – and what happened just before – will change everything you think you know. The building is now surrounded. There are restless fingers on every trigger. And one very intense hostage situation is about to take some extremely shocking twists.”

The film is the directorial debut of renowned cinematographer David A. Armstrong (the “Saw” films) and will be priced at $29.99 (Blu-ray/DVD combo) and $24.98 (DVD). Both versions of the home release will feature a behind-the-scenes featurette. “Pawn” will also have an exclusive theatrical engagement beginning April 19.

We’ve got an exclusive clip from the film; check it out below the post. What do you think about this film? Give your opinions in the comments section below. 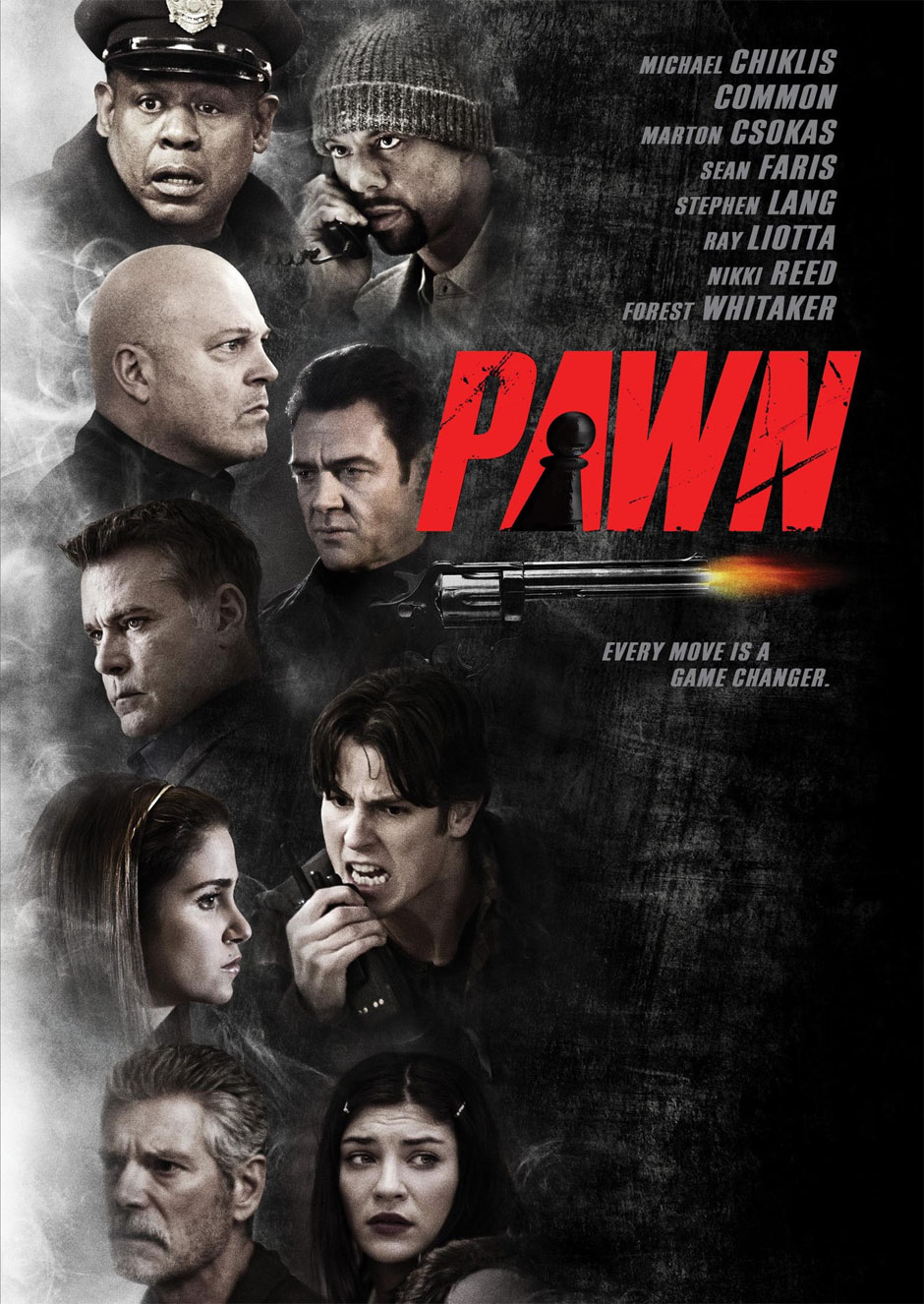