‘The Host,’ the action-adventure romance film adaptation of The New York Times number one bestselling novel of the same name from ‘The Twilight Saga’ author Stephenie Meyer, is set to be released on home entertainment this summer. The movie will be released by Universal Studios Home Entertainment on Digital on June 25, while the Blu-ray Combo Pack with DVD and Digital, including UltraViolet, will hit stores on July 9.

The Blu-ray and DVD include the following features: deleted scenes; ‘BRINGING THE HOST TO LIFE,’ a behind-the-scenes look at the making of the film, featuring interviews with Meyer and stars Saoirse Ronan, Max Irons and Jake Abel; and ‘SEEKER PSA,’ Feature Commentary with Author/Producer Stephenie Meyer, Screenwriter/Director Andrew Niccol and Producer Nick Wechsler.

‘The Host’ follows an unseen enemy that threatens mankind by taking over their bodies and erasing their memories. A young woman, Melanie Stryder (Ronan), is captured by invading aliens, who are led by The Seeker (Diane Kruger). They implant one of their kind in her brain, but Melanie’s spirit fights back, and the two souls wrestle for control of her body. Meanwhile, Melanie is caught between two suitors, Jared (Irons) and Ian (Abel). When Melanie starts remembering her human past after being captured by the alien race, she risks everything to protect those she cares about, including Jared and Ian, as well as her brother, Jamie (Chandler Canterbury) and her Uncle Jeb (William Hurt), proving that love can conquer all in a dangerous new world. 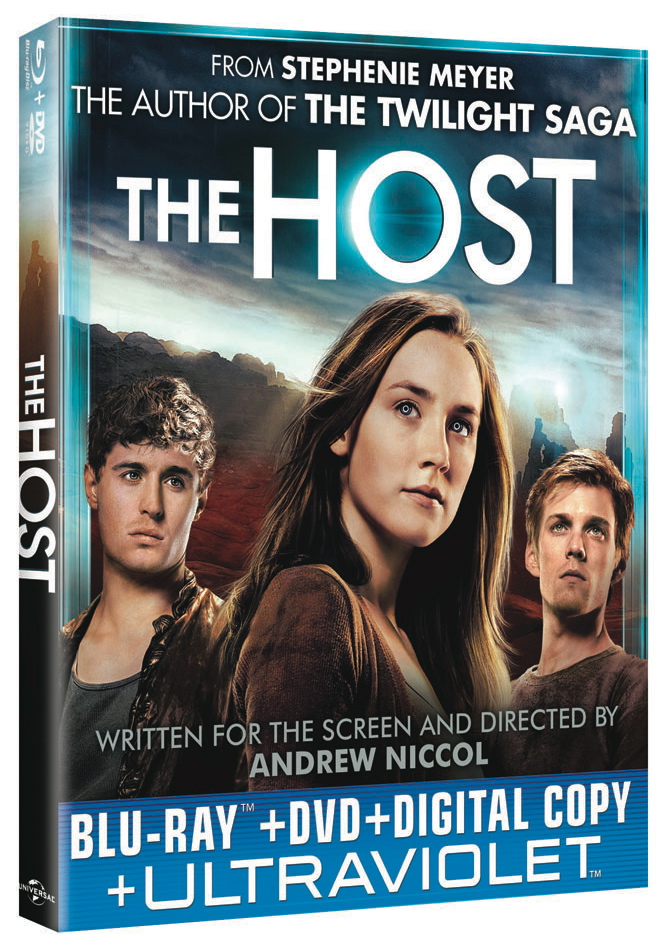