In addition to the caUniversal CityWalk is celebrating its 20th anniversary and the release of the anticipated action crime thriller ‘Fast and Furious 6’ through a retrospective of eight prop cars from all six films in the hit film series. tTe event will also feature a life-sized wax figure of ‘Fast and Furious’ star Vin Diesel from Madaame Toussads.

The retrospective will be held at 5 Towers on CityWalk, in front of the CityWalk AMC, at 100 Universal City Plaza, Universal City, California. The event will be held before the 7pm fan screening of ‘Fast and Furious 6’ at CityWalk AMC on Thursday night. An elaborate 20-tier cake, punctuated by confetti canyons and a rendition of Happy Birthday from Midnight Red will keep the party going.

‘Fast and Furious 6’ will also screen at 10pm and midnight on Thursday. After the celebration, all the cars, except for the ‘Fast and Furious 6’ Flip cars, will return to Universal Studios Hollywood on Friday. Guests can view the cars at the theme park with the purchase of a general theme park admission ticket. 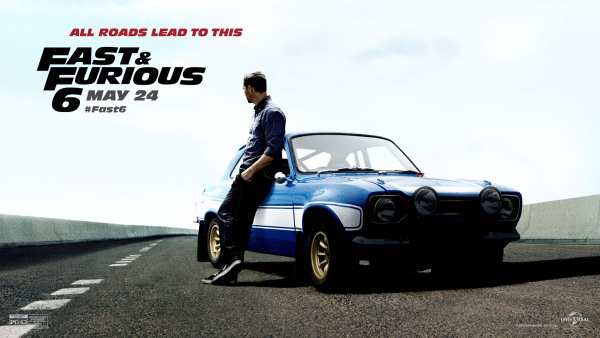