From the 30s to the 60s Italian Cinema was known worldwide, acclaimed, praised and represented a model of beauty. Today very few Italian movie directors have managed to establish themselves beyond their mother country, genuinely moving audiences and critics. The Neapolitan Paolo Sorrentino in these past few years has gradually managed to bring back Italy’s film-making grandeur through various movies. ‘This Must Be The Place,’ starring Sean Penn, is his English-language feature debut that endorsed him internationally. And now, at the 66th edition of the Cannes Film Festival, Sorrentino has presented ‘The Great Beauty,’ the story of an ageing writer who bitterly recollects his passionate, lost youth.

‘La Grande Bellezza’ (the Italian title), recalls Fellini’s flavourful depictions of Rome in all its splendour, superficiality and artifice. The Inferno portrayed by the parties, the intellectually wannabe conversations, the efforts to overcome the city’s dilly-dallying, has already been defined by many as ‘La Dolce Vita 2.0.’ But there’s also a lot of reference to ‘8½,’ since Sorrentino’s existentially exhausted figure – that guides us through the decadence of modern Roman life – has a writer’s block, just like Guido Anselmi who was troubled in making his new movie. In this case, Jep is a journalist whose one novel, ‘The Human Apparatus,’ haunts him as a reminder of unrealised promise. In the long years since it won awards, he’s become the most wanted socialite in the upper bourgeoisie feasts and jokes about his desire to write a book about nothing, just like his beloved Gustave Flaubert.

Technically the movie is an ode to great film-making, the opening scene alone is spectacular: a bang of the noontime cannon on the Janiculum Hill is fired, leading to a montage of Japanese tourists, one of these is overwhelmed by Rome’s beauty and has a stroke, while a surreal modernised Greek Drama Chorus sings a cappella in the background. Henceforth the poignant script written by Sorrentino and Umberto Contarello transports the spectator to a world where reality intertwines with onirism, through the beautiful cinematography of Luca Bigazzi and an excellent performance by the entire cast, above all the extraordinary Toni Servillo, who reminds us that life, at the end of the day “Is all about make believe.” 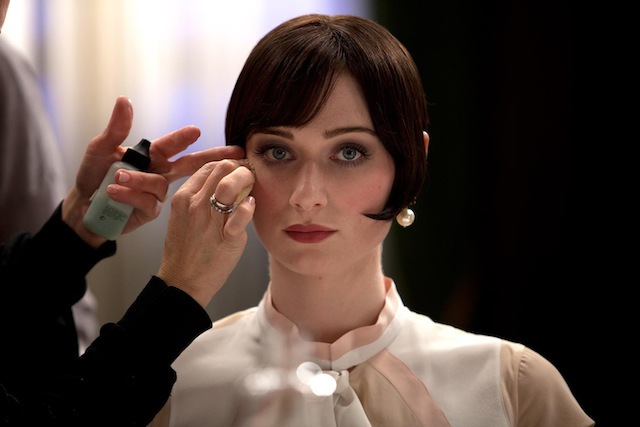