Director Walter Salles’ film adaptation of Jack Kerouac’s acclaimed novel, ‘On the Road,’ is now available on SundanceNow. The adventure drama, which was an Official Selection at the Cannes and Toronto Film Festivals, is also available to watch on Cable, VOD and other digital outlets, including Amazon Streatming, PS3 Playstation Unlimited and Google Play. Audiences can rent the film, or stream it online, for $4.99.

The timeless story and homage to the beatnik generation features an all-star cast, including Sam Riley, Garrett Hedlund, Kristen Stewart, Amy Adams, Kirsten Dunst and Viggo Mortensen. ‘On the Road,’ which was written by screenwriter José Rivera, follows young New York City writer Sal Paradise (Riley), whose life is ultimately redefined by the arrival of Dean Moriarty (Hedlund), a free-spirited, fearless Westerner. Dean and his girlfriend, Marylou (Stewart), are living a carefree style, and urge Sam to join them on a personal quest for freedom from the conformity and conservatism surrounding them. They travel across the country in search of themselves, through the use of drugs, jazz and poetry in the aftermath of World War II.

Along the way, the trio’s pursuit of the pure essence of experience is continuously shaped by their interactions with the people they meet along the way, including Camille (Dunst). Dean ultimately marries and has children with Camille, feeling that he should settle down, but still continues to live his care-free lifestyle with Marylou and Sal.

For more information on ‘On the Road,’ visit the movie’s page on IFC Films’ official website. Check out Stewart and Hedlund discuss what it was like bringing the iconic literary classic novel to life on screen below. 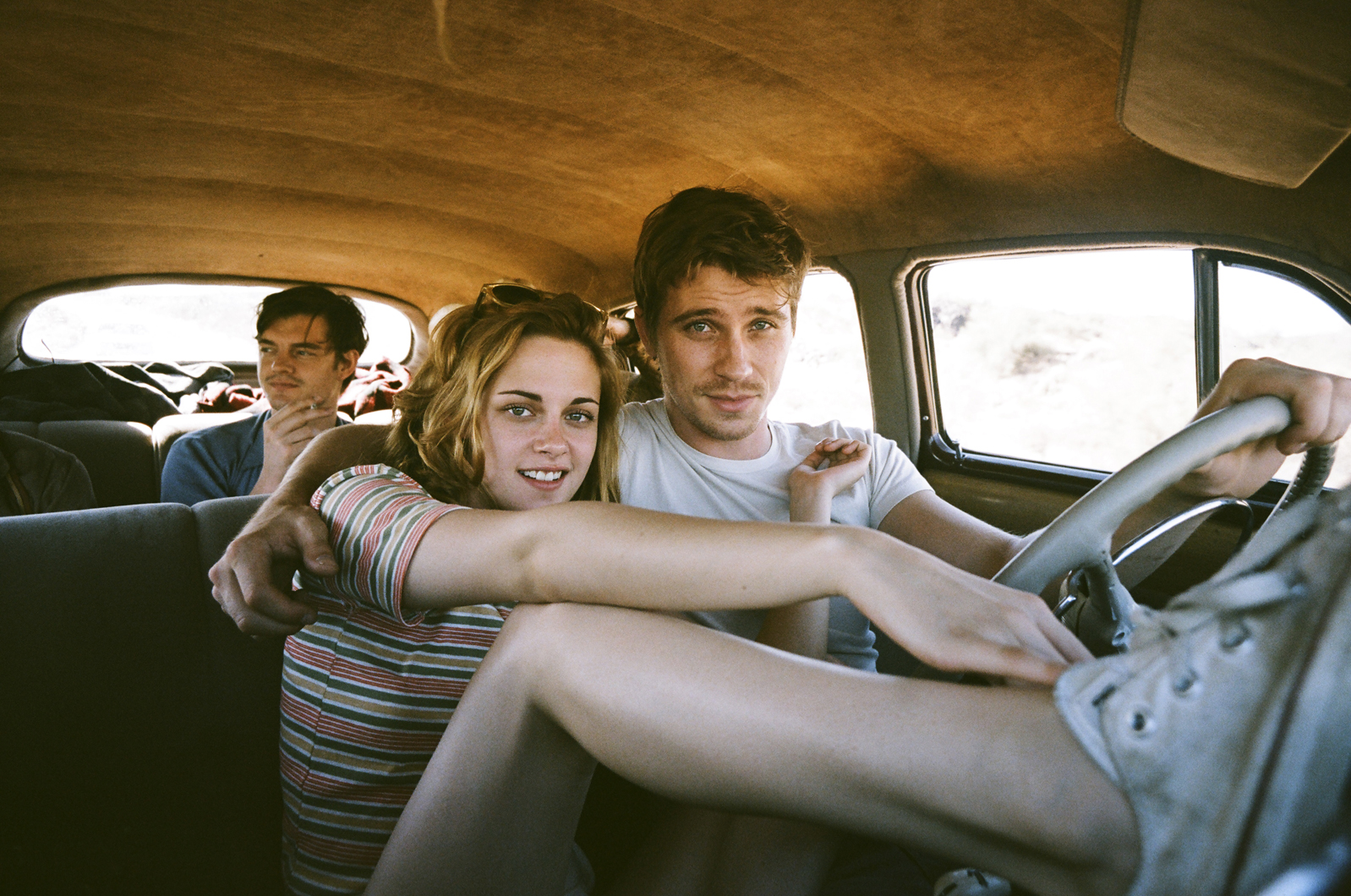