Kenny Powers Larger than Life in Eastbound & Down Teaser Trailer

In honor of the acclaimed HBO comedy ‘Eastbound & Down’ beginning to shoot its final season in North Carolina, creators Danny McBride and Jody Hill have released a teaser trailer for the new episodes. The eight-episode fourth season is scheduled to premiere on Sunday, September 29 at 10pm ET/PT on the premium cable network.

McBride will be reprising his role of the irrepressible Kenny Powers, the former major league pitcher who’s larger than life and death, on the upcoming season. The new episodes will pick up several years after the end of the third season, which concluded its run in April 2012. Kenny finally made it back to the majors and recaptured his former glory, only to fake his own death. He returned home to his beloved April, played by Katy Mixon, the mother of his child. The new season will follow Kenny living the American Dream with his family in North Carolina.

Check out the teaser trailer for the fourth season of ‘Eastbound & Down,’ which is executive produced by Hill, McBride, Will Ferrell, Chris Henchy and Adam McKay, below. 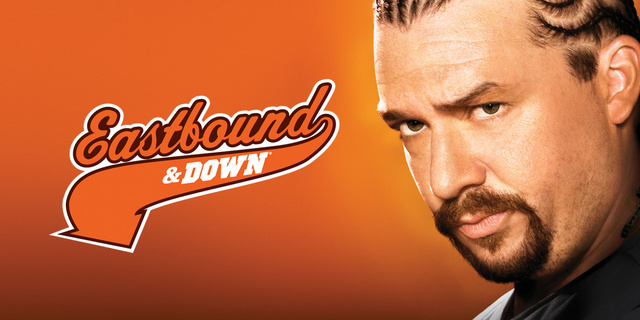