Claire is forced to repeat her senior year of high school after failing Math and Phys. Ed. During the day she rolls through her classes, called names by a few underclassmen who are privy to an event in her past that made her sort of legendary. She doesn’t seem to have any school friends until she runs into Henry, a freshman whom Claire used to babysit. Claire respects that Henry is awkward and wants to assist him in making his high school experience better, so she gives him tips on how to interact with girls and overcome his shyness. Henry has a secret of his own, a boxed shrine to Claire that keeps growing every time they spend time together.  Meanwhile Claire has become involved with an older man, James, the lead singer in an eclectic funk band (The Elastocitizens, a real Toronto band). By skating back and forth with Henry and James, she realizes that James is too old for her and she’s not ready for adult-world problems and with Henry she’s not yet too old for high-school problems. She decisively accepts that she needs to slow down, take life in stride and enjoy her last days of adolescence.

The negative: I really couldn’t find anything negative that’s even worth mentioning. Is it really that easy to make LSD?

The positive: Kate Melville’s script triggered some long forgotten high school memories. The only other screenwriters who I felt also captured the voice and mannerisms of teenagers (at least from my own experience) are John Hughes, Seth Rogen & Evan Goldberg.  I thought the entire cast was great. Tatiana Maslany and Spencer Van Wyck had such natural chemistry and I loved their smart, ping-pongy banter.

I was pleasantly surprised at how much I liked this film for its lighthearted realism. From listening to the cast commentary, they sounded like they had a blast making it which increased my appreciation for this little independent comedy. Hopefully with word of mouth this will reach out and make new fans. 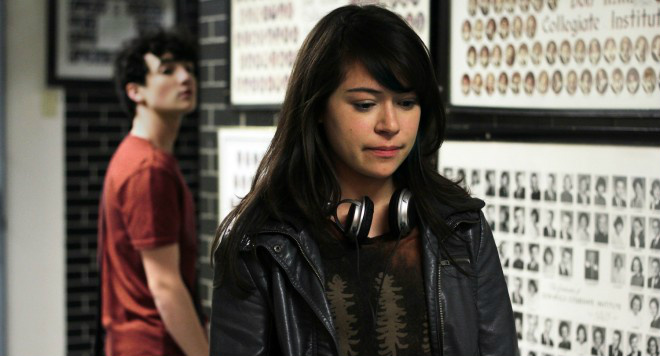