Rebecca is the ringleader of a group of fame-obsessed teenagers, who use the Internet to track celebrities’ whereabouts in order to rob their homes. Marc, Nicki, Sam and Chloe, and Rebecca form the so called “Bling Ring” as they rob the homes of Paris Hilton, Lindsay Lohan, Megan Fox, Rachel Bilson, Audrina Patridge, Orlando Bloom and Miranda Kerr.

‘The Bling Ring’ extends a reflection, that Sofia Coppola had begun with the movie ‘Somewhere,’ on the lives of people muffled in wealth. This time the cocoon-like environment is set in Los Angeles’ high schools. A great funky soundtrack accompanies the misadventures of the spoilt brats who entertain themselves with posh burglaries, to fight boredom. The British proper and prim Emma Watson is very amusing as she rocks the bad girl image, with her performance of the stereotypical American ditz. Just as brilliant is the rest of the young cast, composed by Taissa Farmiga, Leslie Mann, Israel Broussard, Katie Chang and Georgia Rock.

Some atmospheres recall ‘Spring Breakers,’ and enhance with great humour the fast-paced caper about vapid youth obsessed with wealth and notoriety. The breezy satire on society’s obsession with celebrity culture, and the lengths some people will go to secure a fleeting moment in the limelight, will take you on a remarkably perturbing journey. 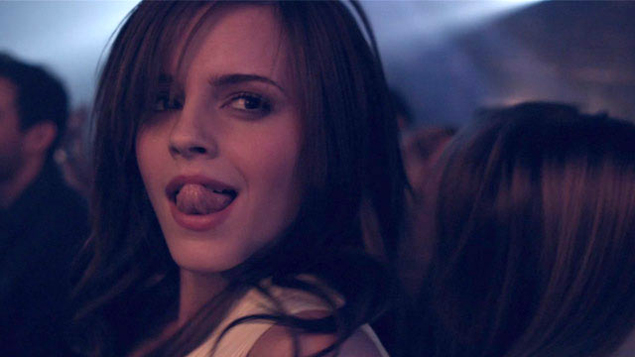