The anticipated first official footage from the upcoming sequel, ‘Anchorman: The Legend Continues,’ has been released by Paramount, CinemaBlend is reporting. The full-length trailer comes after a few previews that teased at the reunion between Ron Burgundy, Brian Fantaan, Brick Tamland and Champ Kind.

Written by Will Ferrell, who reprises his role as the title character from ‘Anchorman: The Legend of Ron Burgundy,’ and director Adam McKay, the comedy followed the famed Channel 4 news team leaving the ’70s and taking on the ’80s. The team is also shown advancing into the world of 24-hour-news cycle. The trailer for ‘Anchorman: The Legend Continues’ includes more of the classic Ron Burgundy awkwardness that made the 2004 original film a classic, including the anchorman sitting down to dinner with a black family.

Megan Good, James Marsden and Kristen Wiig’s characters are also introduced as new characters in the cast. But Christina Applegate, who’s reprising her role of Veronica Corningstone from the first movie, only appears briefly in the trailer, and doesn’t have any lines. Harrison Ford, who’s reported to have a significant role in the follow-up, is also missing from the trailer.

Check out the new trailer and teaser poster for the film below. 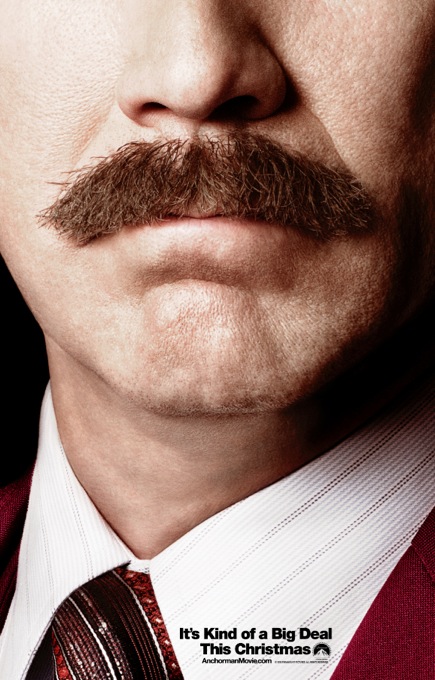