The Industry Choice Award winner at the recent Dances With Films Festival, “Home” eschews pitiable characterizations of the mentally ill in favor of more full-bodied representations. A smart, engaging work from debut filmmaker Jono Oliver, “Home” is a superbly acted indie drama that knows and shows its title can be not just a physical place but a state of settled mind.

Set in New York City, the film centers around Jack Hall (Gbenga Akinnagbe), a man trying to recover from issues stemming from mental illness, rebuild his life, and reconnect with the son, John (Judah Bellamy), he shares with his estranged ex-wife, Laura (Tawny Cypress). Jack lives in a managed-care group home facility, overseen by the kindly Denise (K.K. Moggie). He has a friend on the outside, Dundee (Danny Hoch), who works as a messenger and helps him get work as the same, and Jack also spends time in special group therapy sessions with his fellow patients. He’s nervous, however, because after having arranged for an individual apartment instead of the recommended structured housing upon his impending release in two weeks, Jack must still have his plans approved by a new doctor (James McDaniel) who doesn’t seem inclined to give him the benefit of any doubts.

It’s Akinnagbe’ s great performance that is the consistent backbone of “Home.” He imbues Jack with a charged ambivalence that movingly illuminates his inner struggle and ever-present uncertainty; when order and plans are upset or threatened, we see how it gums up the gears of Jack’s thought processes. Other actors, too, deliver solid supporting turns as some of Jack’s fellow patients — Isiah Whitlock, Jr. (“The Wire,” “Cedar Rapids”) as a quiet guy dubious of Jack’s actual chances of moving out, and Elena Hurst as a young, broken, suicidal girl whom Jack has the impulse to help, even if it sets him off his stride.

It’s superlative moments with these supporting characters through which Oliver’s skill with actors is most often glimpsed. In one such instance, a patient (Theo Stockman) shares his story of a dinner-and-movie date with a girl. It’s a cathartic breakthrough which at first seems entirely positive, but comes to be shot through with a deep sadness. Impressively, Oliver doesn’t over-stage the moment and stuff it full of cutaways to drum up easy dramatic sympathy. He trusts his actor to handle the full range of emotion present in the scene, and Stockman delivers.

Neither does Oliver overburden his movie with stylistic excess or goading editorial cues, for the most part. The opening features a panicked chase meant to evoke an adrenalized queasiness, but he holds off for a long time gets on actually showing any of the actions that played a part in landing Jack in supervised care, picking a smart point of removed flashback — during which Jack gets a look at his own case file — to spotlight the dangerous acting out. The more cheaply dramatic instinct would have been to intercut such material in scenes shared by Jack and young John, but Oliver’s choice underscores the acute but less represented tragedy of more severe mental illness — of how it separates those afflicted from their memories, and indeed own mind.

It’s these sorts of choices that help make “Home” special. It’s also to the movie’s benefit that it doesn’t root down too much into the specifics of Jack’s diagnosis and treatment. While some might view that as overly simplistic, whether it’s explicitly schizophrenia or some other ailment with which Jack is stricken matters less here given that the emergent portrait is one of a patient quite willing to take direction, and thus equipped with new skills — but also still beset with old conflicts, issues and temptations. 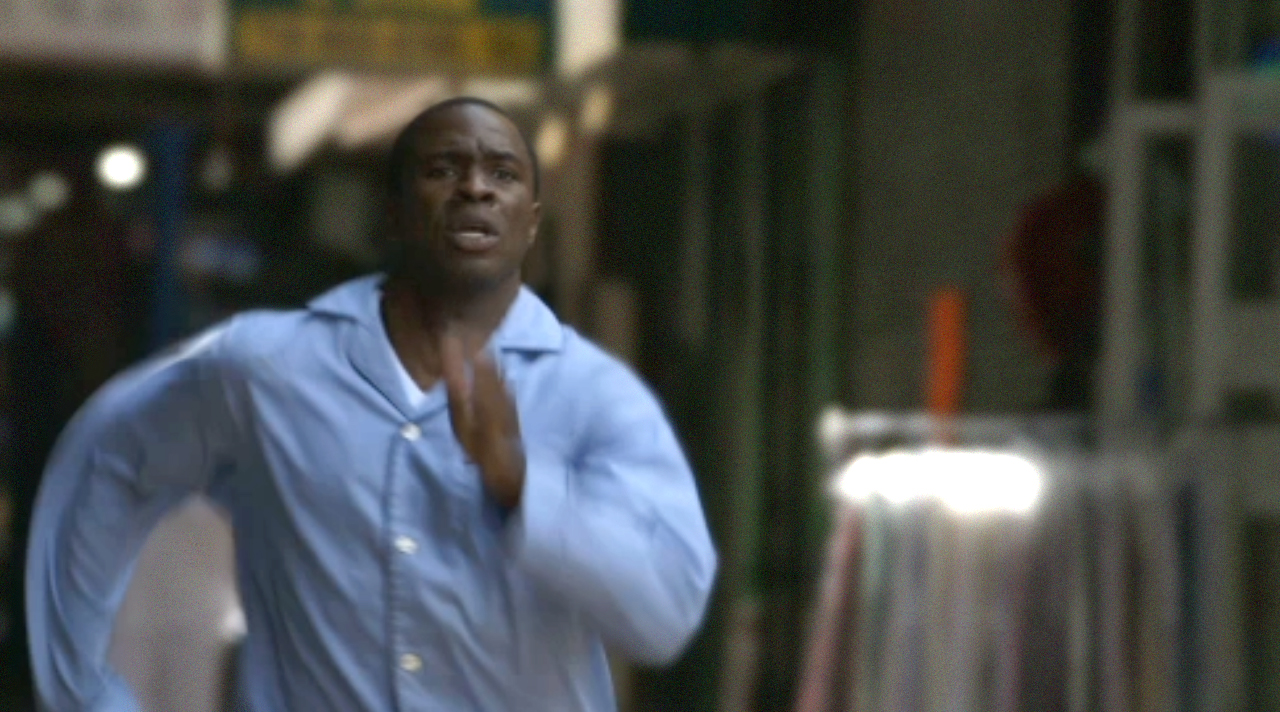