Ben Affleck’s Oscar-winning “Argo” opened up some eyes to the Iranian Revolution, which — largely owing to American support for the overthrown Shah — never really seemed to receive a full and honest treatment in the United States press, and certainly hasn’t since relations between the two nations have calcified in distrust. Even nastier scabs are ripped off, however, in the emotional documentary “My Stolen Revolution,” which tells the story of a group of female dissidents tortured under the Islamic regime.

Her memories sparked by the recent “Arab Spring” protests in Iran, director Nahid Persson Sarvestani — a stalwart Communist Party intellectual who escaped the country with her one-year-old daughter after other friends and members of her family were rounded up — tracks down five of her far-flung former comrades, one of whom also escaped but the rest of whom were imprisoned and tortured. What ensues over the first half of the film is a sort of “Broken Flowers”-style travelogue, driven by the director’s desire to have her adult daughter understand their roots, as well as her desire to expiate the guilt she feels over the arrest and subsequent execution of her younger brother Rostam. For the second half of the movie, Sarvestani gathers the women at her home in Sweden, where they share and reminiscence.

Some might argue that the narration which channels the others’ experiences through Sarvestani’s free-form shame and remorse is self-absorbed, but “My Stolen Revolution,” which just enjoyed its North American premiere at the Los Angeles Film Festival, is primarily a work of witness. The stories (including infections resulting from beatings, and at least one rape) are sometimes gruesome and almost always outright inhumane, but mostly just overwhelmingly heartbreaking; the notion of a young girl acting out on her blindfolded doll just the sort of physical abuse and physical beating she saw her mother take in real life is hard to process.

As much queasy ire as the movie evokes, though, its subjects are sterling examples of the resilience of the human spirit. One woman, in fact, pulls out an array of absolutely amazing drawings and paintings she made while imprisoned, using squirreled away bits of paper, and a brush fashioned from plucked hairs wound around a stray toothpick and bound with a thread from her undergarment. Another saved the blindfold she was made to wear for months at a time.

Sarvestani’s film — like a wide variety of documentaries dealing with genocide and torture, including Rob Lemkin and Thet Sambath’s “Enemies of the People” and Errol Morris’ “Standard Operating Procedure” — shines an uncomfortable but necessary light on the cruelty and sadism that too often goes hand in hand with absolutism, whether religious or otherwise. Its low-key capturing is at odds with the emotional impact of many of its gut-punch recollections, but serves to only help heighten them. 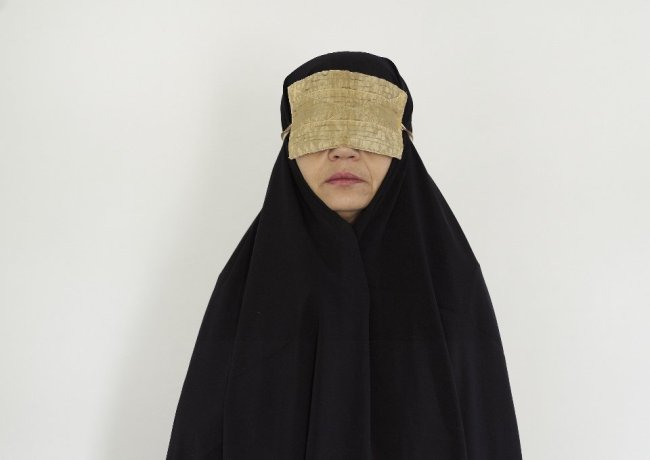