The Way, Way Back Movie Review

The opening dialogue, or perhaps monologue is a better word, is a doozy, fixing Steve Carell’s playing against type as a villain. As Trent (Steve Carell), the current boyfriend of a divorced Pam (Toni Collette), he runs his mouth at a sullen Duncan (Liam James) sitting in the back seat of the station wagon with his back to the driver. Duncan, now fourteen and nerdish, unhappy because he’d rather be living with his dad (who doesn’t want him), is asked by Trent: “How do you see yourself on a scale of one to ten?” This is OK as it goes, but when Duncan guesses “six” but is overruled by Trent who call him a three, we don’t see much future in the relationship of the young man to his prospective stepdad.

“The Way, Way Back” is the summer’s best comedy so far (if you don’t count the unintentional laughs for “The Long Ranger”), a coming-of-age tale that believes you can change a kid’s life forever in just a single summer. Filmed in Marshfield and Duxbury, Massachusetts, at a summer resort filled with young people and their parents, the movie is obviously heading in the direction of bringing Duncan up to an eight, maybe a nine, and all is told from his point of view.

“The Way, Way Back” is one of the few genuine ensemble pieces to come down the pike this year, with the lead actors given more or less equal time by writer-directors Nat Faxon and Jim Rash. Its nimbly-paced action gains heft as soon as Pam, Trent and Duncan arrive at a summer house to hear bon vivant (and drunk) Betty (Allison Janney) giving them a hearty welcome. Someone whose husband turned out to be gay, Betty has the bubbly personality that may have something to do with the icy quality of her daughter, Susanna (AnnaSophia Robb), who is attracted to Duncan and will be instrumental in getting him out of his shell.

If one ensemble player stands out, Sam Rockwell takes that honor as Owen, who runs the small amusement park and acts like a fraternity boy guzzling from a keg of beer (in a good way). He takes an interest in Owen and is mature enough to realize the boy’s angst. He determines to make the kid more like him (he even tells another kid “I wanna be like you when I grow up) by giving him a job and, in the movie’s funniest scene, allows Duncan to try to break up a group watching a fetching break-dance only to see the gang push Duncan himself into the action. There’s nothing like being applauded as a break-dancer to make a kid feel important.

Director Nat Faxon as waterworks employee Roddy, and Director Jim Rash as a nerdy concessionaire at a booth “nobody goes to,” join in with the spirit of the occasion, the big melodramatic scene occurring when Duncan accuses his mom’s boyfriend of sleeping with the much younger Joan (Amanda Peet).

Maureen Daly’s classic novel “Seventeenth Summer,” about a lass who evokes the love of a boy about her age, was written for teens way way back in 1942, just as “The Way, Way Back” will be a popular choice for a similar audience, albeit at the movies. The more things change, the more they remain the same. 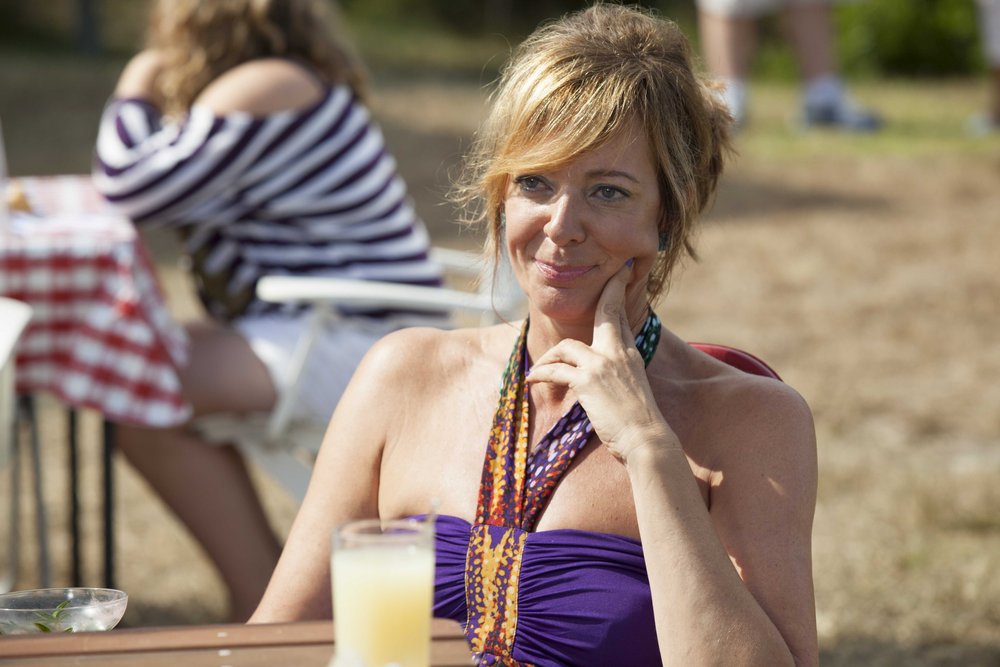