We’ve got a pair of new wide releases both due in well over 3,000 theaters this weekend – “Grown Ups 2” and “Pacific Rim.” Back in 2010, “Grown Ups” proved to be quite the surprise, pushing aside a slew of abysmal reviews and scoring $40.5 million opening weekend. The sequel is poised to take a solid chunk of cash, but it likely won’t catch its predecessor because unlike the original, “Grown Ups 2” is going up against another potential heavy hitter as well as a number of box office veterans that are still going strong. Ultimately, “Grown Ups 2” will likely end up coming in at #3 with a $33 million opening weekend.

With “The Lone Ranger,” “World War Z,” “White House Down,” and “Man of Steel” still snagging sizable amounts, “Pacific Rim” could face a similar problem. On top of that, rather than move into the weekend with the wide appeal of something like “Transformers,” the “Pacific Rim” marketing campaign might have isolated non-genre enthusiasts, leaving the film with an opening weekend intake equivalent to 2011’s “Cowboys & Aliens,” about $35 million.

After blowing away the competition last weekend, “Despicable Me 2” is guaranteed to hold strong for one more weekend until “Turbo” moves in. In fact, “Despicable Me 2” might even manage to hold on to half of its opening earnings, which would give it another $42 million and another weekend at #1. On the other hand, after a lackluster start, “The Lone Ranger” will now begin its quick decline. If it’s lucky enough to maintain 50% of its weekend one profits, it’ll only post $15 million for its second weekend out and that might not even be good enough for the #4 spot.

Even with “Grown Ups 2” moving in, “The Heat” could keep its percent change to a mere 36.7%. Should that be the case, it’ll take about $16 million for its third weekend out, which will be just enough to trump “The Lone Ranger.” “Monsters University” and “World War Z” could wind up swapping places on the chart for their fourth weekend out. After suffering a massive blow due to the release of “Despicable Me 2,” “Monsters University” might have a tough time regaining traction. Even if it lessens last weekend’s 56.8% decline to 48%, a $10 million haul likely won’t be enough to top “World War Z,” which might dip just 40% and secure another $11 million.

With both “White House Down” and “Man of Steel losing a significant amount of screens this weekend, “Kevin Hart: Let Me Explain” should have no trouble keeping the #8 spot. It likely won’t maintain that $11,450 per theater average, but if that number drops to $8,000, it’ll still post about $7 million while “White House Down” and “Man of Steel” are only likely to accumulate $6 million and $5 million, respectively. 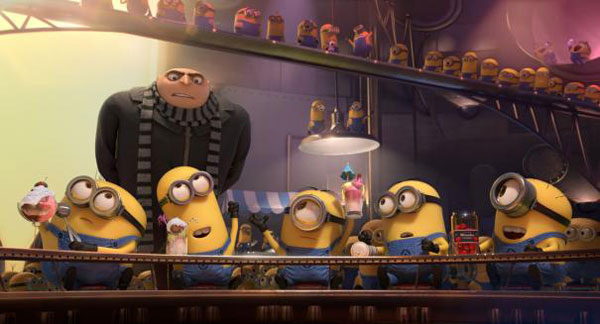