Discover if Happiness Can Survive For Richer or Poorer on DVD

Discover if marital happiness can survive ‘For Richer or Poorer’ with the comedy-drama’s new home release. Image Entertainment released director Roger Melvin’s urban romance on DVD, which is retailing for $14.98, and Digital Download. The film stars ‘The Family That Preys’ actor Rockmond Dunbar and two-time Grammy Awarad-winning R&B singer LeToya Luckett, who has made a name for herself in the acting world on the HBO drama series ‘Treme.’

Image Entertainment has released the following synopsis of ‘For Richer or Poorer’:

Kya (Luckett) is a spoiled prima donna with a taste for the finer things in life, and Aubrey (Dunbar) is her handsome, doting husband who indulges her every whim…even if they can’t afford it. When Aubrey loses his well-paying job, and has to flip burgers to pay the bills, Kya’s got to kiss her expensive fashions goodbye and look for a job of her own! Can a high-maintenance princess learn that real happiness doesn’t come with a price tag? 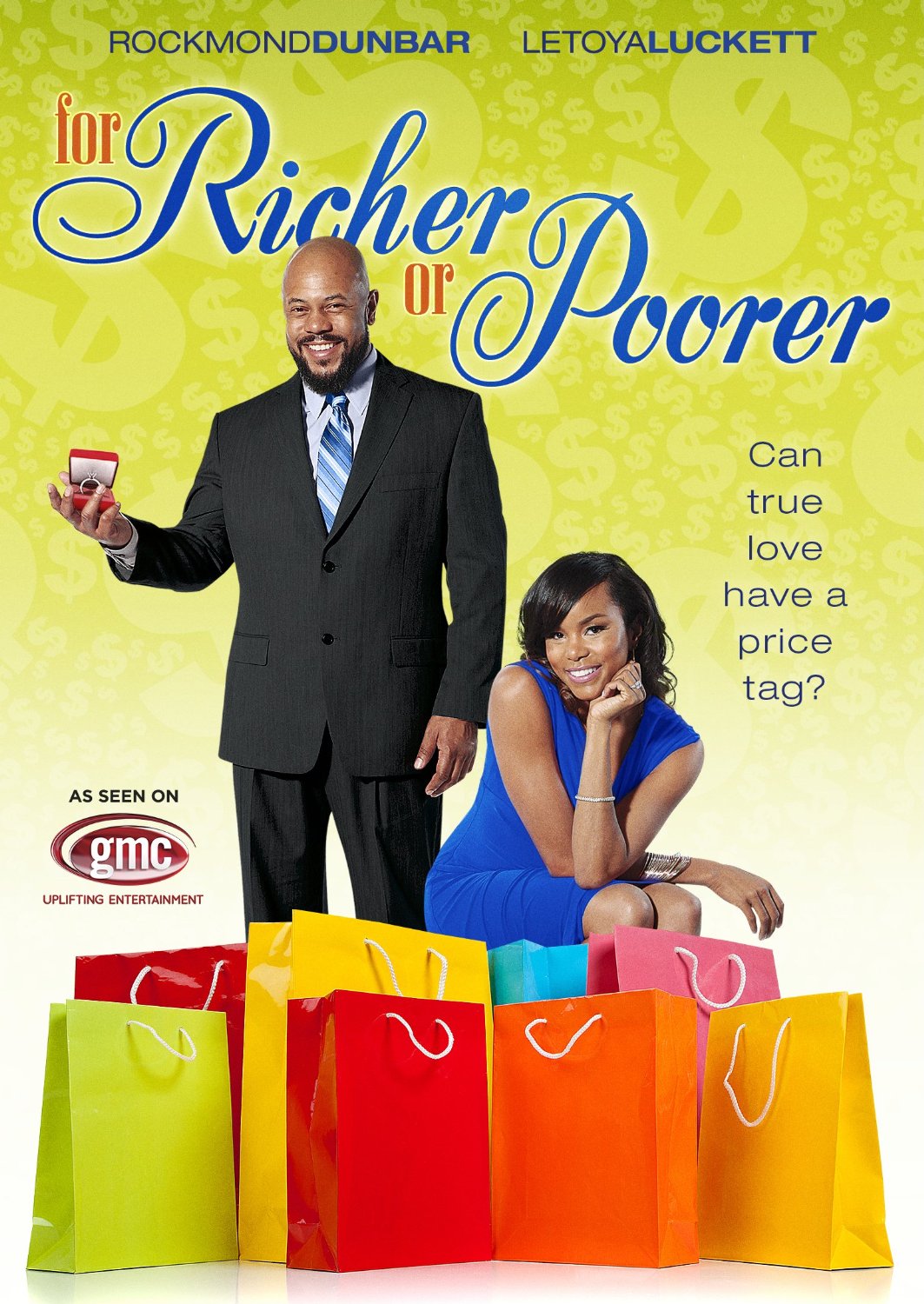