Animal Defenders International (ADI) is an animal rescue organization who has been working undercover in South American circuses and finding serious cases of animal abuse. In Bolivia, animal circuses are banned. ADI rescues 25 lions from these roaming circuses, most of whom are malnourished, mistreated and on the verge of death. Some of these despicable people who run the circuses would rather kill these lions than give them up. With generous donations and support by Bob Barker (The Price is Right) and actress Jorja Fox (CSI: Crime Scene Investigation), the goal is to get these lions flown from Bolivia to an animal sanctuary in Colorado, over 5000 miles away.

I kept putting off viewing this documentary because I love animals, and I thought I would be an emotional wreck after viewing the abuse. Seeing the footage of the abuse of various animals was rage inducing and heartbreaking. As Pat Derby, co founder of Performing Animal Welfare Society states, “Trained animals are never trained with love and reward, it’s always punishment and grim.”  Some of these animals have never felt grass under their feet, never seen the sky or felt the sun.  They’re slaves and they’re prisoners kept in cages which were designed to contain them until the day they are finally given their freedom when they die; spaces only big enough to shove in food and scrape out waste. How can anyone ignore this and remain entertained?  To see these lions appear broken, then see their personalities change when they’re given hay to roll around on and feel under their feet besides the wooden base of the cage that they’ve known all their lives is incredible.

This is an emotionally powerful film.  It triggers anger towards governments who have allowed it to continue for so long and the relief and joy when these lions (also a dog and some monkeys) are rescued and given another chance to live the life of (somewhat) freedom and as they were meant to live.  Watching the heroes involved in the liberation of these beautiful creatures will restore some faith in humanity. 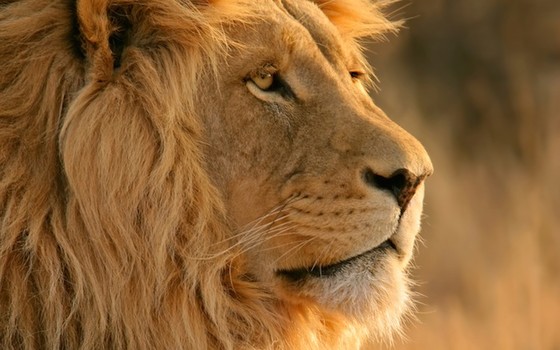