Young adults longing to find personal freedom from an overbearing parent, and struggling to overcome fear of the unknown, are strong motivating factors in Shockya’s exclusive clip from the new Gravitas Ventures horror film, ‘Apartment 1303 3D.’ The clip follows Lara Slate, played by Mischa Barton, as she argues with her fame-hungry mother, Maddie, portrayed by Rebecca De Mornay, over money. As Lara tries to contend with her mother’s latest drunken rage, her younger sister, Janet, played by Julianne Michelle, emotionally calls her. Jane begs her sister to let her move back home, as her new apartment scares her.

‘Apartment 1303 3D,’ which is based on the 2007 Japanese horror film of the same name from director and co-scribe Ataru Oikawa, was written and helmed by Michael Taverna. The horror movie, which is now available on VOD and opens in select theaters tomorrow, is one of the first 3D independent films to receive a theatrical and On Demand release at the same time.

‘Apartment 1303 3D’ follows Janet as she jumps at the opportunity to move into what looks to be a great high-rise apartment in downtown Detroit, after having grown up under the controlling grip of Maddie. Yet some deals are too good to be true as one night her boyfriend Mark (Corey Sevier) finds her in the middle of the street–having fallen from the balcony thirteen stories above.

When Lara tries to investigate the mystery of what happened, she moves into the same apartment and encounters the odd neighbors in the building, including an eerie nine-year old girl who seems to somehow know the real reason for Janet’s fall. Lara soon realizes that her sister’s death might spell the same fate for her unless she can overcome the strange events that are terrorizing the inhabitants in Apartment 1303.

‘Apartment 1303 3D’s filmmakers will be hosting a trivia contest where one lucky fan will win a very unique, one-of-a-kind 3D movie poster from the film, valued at over $500. To be eligible, you must go Like the ‘Apartment 1303 3D’ Official Facebook page, where you will be asked a trivia question about the film on Friday, July 26th. Answers must be received by 9am ET on Monday, July 29th, when they will randomly select one fan that answered correctly as the winner. 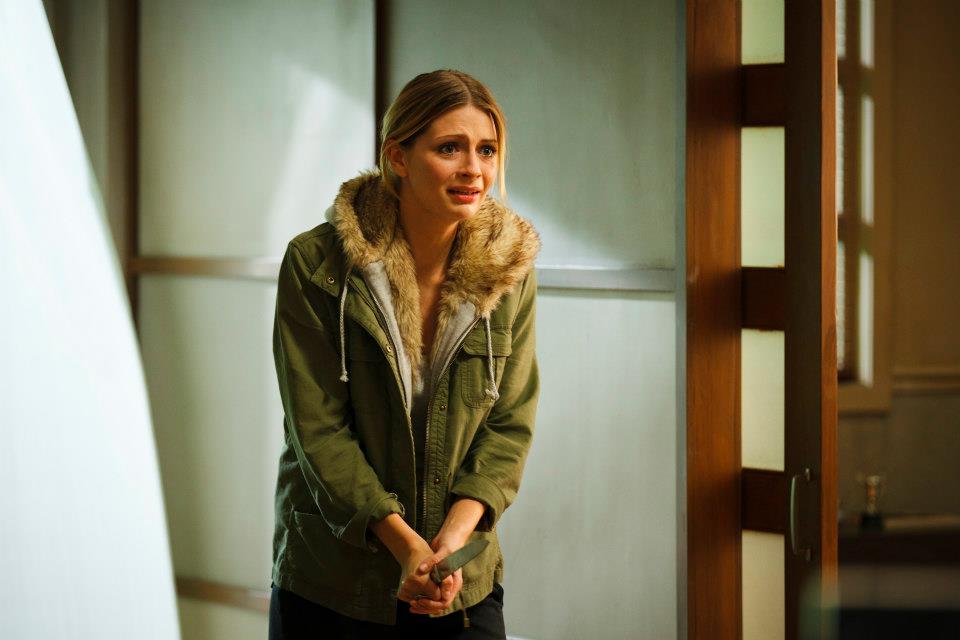