When dealing with a Marvel Comic flick these days, everyone becomes uncontrollably excited for the stinger/teaser/cameo/etc. A lot of the time it’s the most talked about aspect of the respective movie. Unfortunately for The Wolverine, the mid-credit whatever is the best part of the 126 minutes (to be fair though, this may be the best credit teaser to-date).

Now that isn’t to say the second standalone installment of the X-Men favorite doesn’t have teeth; but it did needed to sharpen its storyline claws.

Taking place several years after X-Men: Last Stand, Logan/Wolverine (Hugh Jackman) has become more of a recluse than ever. Living in the wilderness, he struggles with nightmares from his past where he apparently spent time in Japan at the end of World War II. He also has what can best be described as hallucinations of Jean Grey (Famke Janssen), as she acts as some sort of moralistic guardian angel for the pacifist loaner. While his pillow-talk chats with Jean revolve around maintaining a peaceful existence, the recurring nightmare about him saving the life of a young Japanese solider (Ken Yamamura) ends up coming back to haunt him as he is summoned to Tokyo by a little alternative girl (Rila Fukushima) who happens to have talents involving wielding a sword and seeing future events unfold.

Alright, so this has a brooding delivery arc similar to the recent batch of James Bond entries and the ‘80s Conan the Barbarian flicks. With that being said, instead of having a journey which only halts for a bloody action sequence and/or elaborate stunts, this tends to slow down for predominantly boring conversations. And while they want to be substantial and provocative, and some of them are, the more we have of them the more likely you’ll start feeling the dullness of the screenplay.

Keeping in mind the two comparisons mentioned in the previous paragraph, after Logan finds himself caught in a political/corporate coup (Bond-esque), the only mutant angle woven in is when he encounters a blonde model-like doctor (Svetlana Khodchenkova), who somehow slows down his regenerating healing powers. At the mysterious doctor’s disposal is a syndicate of ancient ninjas that constantly hunt down Logan, who is compelled to protect the heiress (Tao Okamoto) to a corporate empire as they hide in-and-around Tokyo.

Even with Hugh Jackman willing this to a tolerable watch with his performance, the redundant fighting of his claws versus armed Yakuza and Samurai swords gets redundant fast. The filmmakers probably thought by the angle of making him vulnerable for a good portion of this would serve as a nuance to what audiences have been exposed to for more than a decade. Well, it doesn’t; and the only thing that possibly could have is revving up the graphic violence to rated-R levels. Also, those looking for mutant action are sh*t out luck.

Overall, this installment is representative of its uneven camera work (sometimes it’s too shaky; other times it is framed like a page ripped from the comic). The story feels like an under-developed brainstorming session and a mediocre place-holder for the next chapter. 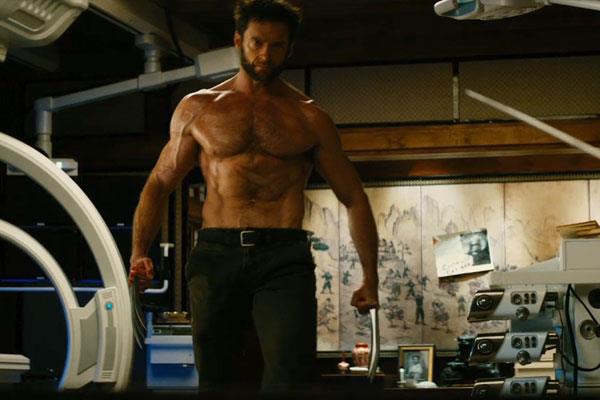