Have you ever wanted to star in a film where the aliens were moustaches? Have you ever even thought that a film about moustache aliens would exist? Well, we now are in the world where that’s possible, thanks to interactive social film, “The Power Inside.”

The film comes from the directors of “Blades of Glory” and starring Analeigh Tipton and Craig Roberts and brought to life by Intel and Toshiba. The film follows a regular guy named Neil who realizes that he’s got to save the world from weird aliens:

“‘The Power Inside’ follows the story of Neil, a seemingly average guy just trying to get by. But when the fate of the world is at risk, Neil must look inside himself to find a hero he never knew existed. Oh, and he needs some help. Click the audition tab to find out how you could wind up in a film from the directors of Blades of Glory alongside Analeigh Tipton and Craig Roberts. Brought to you by Intel and Toshiba.”

You can check out the trailer below to see what you can expect and if it’s something you think you want to be a part of. If you do want to see if you can land a part in this film, audition now at Inside Films’ Facebook page. This film is Hollywood’s first film in which they ask you to help save–or destroy–the earth, so send in your audition now!

You’ll be able to watch “The Power Inside” August 15 on Facebook. The Intel Ultrabook is inspired by Intel and the Intel Core i5 Processor. 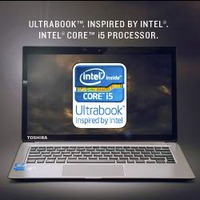