Naturally maturing and forming a meaningful relationship after taking on a seemingly simplistic job are some of the most surprising and life-altering experiences in a person’s life. That’s certainly the case for not only the immature Lance, one of the lead characters in writer-director David Gordon Green’s new comedy-drama, ‘Prince Avalanche,’ but also for actor Emile Hirsch, who portrays him. In the film, Lance learns to appreciate what’s given to him in his life, including his new job, and the surprising bond he forms with his sole co-worker. In the process of shooting the film, Hirsch also learned to embrace the meaningful acting roles he’s cast in and the natural bond he instantly formed with his co-star, Paul Rudd.

‘Prince Avalanche,’ which was written and directed by David Gordon Green, follows mild-mannered Alvin (Rudd) and juvenile chatterbox Lance as they’re hired to spend the summer of 1988 repainting a highway in a fire-damaged Central Texas forest. By day they work on the road, and in the evenings they set up camp in the forest and banter by the fire. The isolation quickly wears thin on Lance, who yearns for a life of partying and women. Meanwhile, Alvin revels in the serenity of the setting and writes love letters to his girlfriend back home. While the two initially lack common ground, an unlikely friendship slowly emerges from the mutual annoyance. A truce is reached, and the two begin to realize they could actually learn something from one another.

Hirsch generously took the time recently to participate in a roundtable interview at the Crosby Hotel in New York City to talk about ‘Prince Avalanche.’ Among other things, the actor discussed how he immediately developed a natural rapport and relationship with Rudd, who he met only days before they began shooting; how he appreciates that movies like ‘Prince Avalanche’ are being made, as the acting is the most important thing in the film; and how he improvised some scenes with Rudd to authentically build their relationship.

Question (Q): If your character was of this current generation, do you think he would be a typical “bro-dude” or would he still struggle to fit in?

Emile Hirsch (EH): (answers in a sarcastic voice) I think he would probably be in Harvard. No, no, I think that he’s a bit bro-y. There’s kind of a surfer/skater kind of hooligan innocence to him.

Q: Lance spends most of his time interacting with Alvin in the film. So what was it like working with Paul Rudd on the set, and how did you build your relationship with him?

EH: I loved Paul. I had only met him about five days before we started shooting. He was just a great conversationalist. We got along really well and we had a really great rapport between the two of us. He’s a really nice guy, but in this part he was able to show a really badass edge to him than he normally has.

As far as having him as your scene partner, you take one step like this, and he’s right there. If I was to picture myself as a figurina or ice skater, he would be the perfect partner. Wait, is that the right word? A figurina?

Q: No, figurina is definitely not a word, but we’ll go on that ride with you.

EH: Well, if I was a figurina and I had to get my triple deke done, I would want to do it with a big buff Russian guy.

Q: Do you mean a triple axel? A triple deke is a hockey move.

EH: No! Well, okay. So if I finally get picked up and twisted, I would want Paul to be that big buff Russian, because he would never drop me.

Q: Did you improv at all on the set?

EH: Yeah, I think that the improv was a medium improv. We stuck pretty close to the script for the most part, and then there would be takes where David would say, “Why don’t you try this and make it a little bit looser?” He was open to that. Paul and I just went for it, but most of the dialogue is pretty to the page.

Q: How long did it take you to paint those shoes?

EH: Surprisingly fast. It’s because of the size of the brush and how you use it.

Q: Is that a metaphor for something?

EH: Well, I turned the metaphor on its head because I said, “It’s about the SIZE of the brush.” (laughs)

Q: You have a lot of roles where we see you as a wild man or you’re in a wild setting. In ‘Lords of Dogtown,’ you have your wild dance moment, and in ‘Into The Wild,’ you’re literally in the wild. Now you have ‘Prince Avalanche,’ where it’s just you and Paul in the woods. Is there something you like about being in the wild or metaphorically in the wild?

EH: I’m not that wild of a man! Reacting to playing wild characters is definitely a lot of fun and it’s an enjoyable experience. As far as shooting in an environment in the wild, sometimes you’ll find that it’s a little bit of a mixed blessing. You’ll be really hot one day, or it’ll be freezing, and you’re like, “Man, I really wish I was in doors right now.” It’s kind of ruled by every case and day, in terms of enjoying the wild. The wild offers a wide spectrum of happiness to satisfaction.

Q: Are you in general drawn to less civilized situations?

EH: I love to go running. When I’m at home in LA, I’ll run to Runyon Canyon and then run back down, and then I’m back down in West Hollywood.

Q: Do you have any experiences with the downside of fame?

EH: I don’t know. I think that’s something you have to take as you come and deal with it. Don’t make too much of it or don’t talk about it in interviews.

Q: Was there a shift when you knew you wanted to do this for the rest of your life?

EH: I think around 15 or 16. I saw ‘A Street Car Named Desire’ with Marlon Brando. It was awesome. Marlon Brando was my biggest influence when I was younger, because he seemed to be playful as a performer, and so badass.

Q: In ‘Prince Avalanche,’ your job as a road worker seems really miserable. Were there any jobs you took that were miserable experiences?

EH: I’ve had a lot of parts playing characters that have had different jobs so I get a taste of it. It’s sucks too because when I say that people don’t really view acting as a real job. So they’re just like, “He’s never had a job!” (laughs)

Q: So what do you draw on for your reference point?

Q: What are you watching right now?

EH: I was watching ‘House of Cards’ for a little bit. ‘Ray Donovan’ is a good show and Liev Schreiber is really good on that show.

Q: Would you like to play a similar role?

Q: But they use tricks. You’ve had great roles. You don’t seem to be stunted by your height!

EH: No! I’m only referencing a very particular actor! (laughs) This isn’t a metaphor! This isn’t a cry out for help, okay!? (laughs)

Q: The perception of you seems to be that you’re a phenomenal actor, but you’re not someone we see a whole lot aside from the films you’re in. Is that intentional?

EH: I don’t know. I don’t know if I’m that objective about myself in that way. I kind of just go along, and get scripts, and then do the films. This is a misperception by a lot of journalists. They overestimate the amount of movies that get made, and you work in the bounds of what you have.

You also have to remember that a lot of how the industry works is a numbers system. Actors literally have numbers put on their head of their worth, bankability wise. A lot of your choices are financially dictated by executives. It’s not as idealistic.

Q: How do you get that liberating experience from acting when on the other side of things these executives are analyzing your worth?

EH: I think the liberating thing is that there are movies like ‘Prince Avalanche’ that get made. You can have this experience as the character, and do your thing, and it’s on a smaller scale. It’s almost like a play in a sense where the acting is the first and foremost important thing in the film.

That to me is a real privilege because there’s so many of these other movies where the acting is almost like the shittiest part of the movie, and it’s the most important part of the movie. That’s disheartening, and that’s demeaning. If the first ten things you like about the movie have nothing to do with the performances then I’m in the wrong movie.

EH: There’s a ‘Bonnie and Clyde’ mini-series I did, which is going to come out December, and that will air on the History channel, A&E and Lifetime at the same time. I play Clyde. My Navy SEAL film ‘A Lone Survivor’ comes out in December, too. 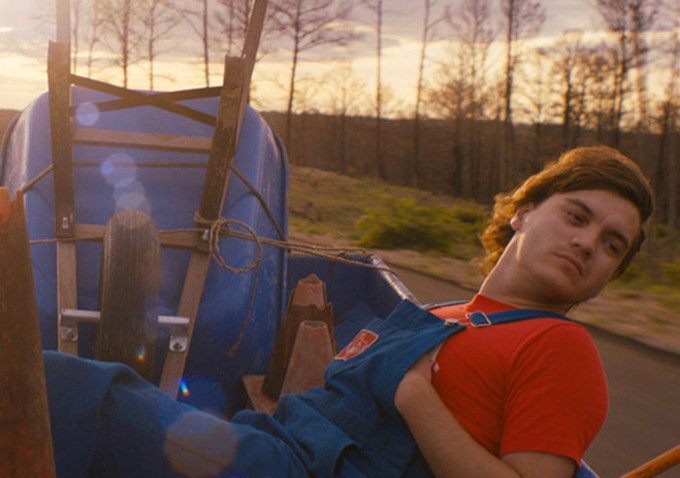