As both a writer and performer, Larry David has mined anxiety, irritation, social faux pas and self-flagellating neuroses for all sorts of uncomfortable laughs. It seems no empty pose, though, this persona; it feels hard-wired to his soul. Without the angst, and its slip-sleeve of puffed-up, mock-selfishness he got to slip on for HBO’s Emmy Award-winning “Curb Your Enthusiasm,” would there actually be a Larry David?

Well, “Clear History” provides no answer to that question, for those wondering. Debuting this week on HBO, the movie finds David re-teaming, in multi-hyphenate fashion, with three of his “Seinfeld” and “Curb” collaborators (writers Alec Berg, David Mandel and Jeff Schaffer), for another comic tale of put-upon exasperation. The result starts strong but fades in the end, like a sprinter out of the blocks in a mid-distance race with which he or she is unaccustomed. Gags and joke writing are given favor over deeper characterizations, a tack which works for a while but eventually undercuts what is a quite promising set-up.

“Clear History” opens in 2003, with a nearly unrecognizable David starring as Nathan Flomm, the marketing expert at an upstart California electric car company headed up by Will Haney (Jon Hamm). When Nathan balks at Haney naming the set-to-debut vehicle after his son Howard (who is in turn named after Howard Roark from Ayn Rand’s “The Fountainhead”), he impulsively gives up his 10 percent stake in the company and resigns. Naturally, this movie existing in David’s world, the car becomes a $10-billion, zeitgeist-defining hit.

Needing to pretty much drop off the face of the Earth, Nathan assumes the name of Rolly DaVore and moves to Martha’s Vineyard. Nobody there knows his secret, not even best friend Frank (Danny McBride). Ten years later, though, Nathan-as-Rolly is happy and an integrated part of this community, even if his preoccupations — like his concern over the fact that his ex-girlfriend Wendy (Amy Ryan), may have performed oral sex on (multiple?) members of the band Chicago when last they toured in the area — are stuck in arrested development.

When a retiring Haney and his new wife Rhonda (Kate Hudson) move into the neighborhood, however, Nathan sees his well-ordered world crumbling down around him. He considers fleeing, but then has a better idea: he’ll blow up Haney’s mansion, which construction crews are in the process of putting the finishing touches on. Through Frank, Nathan connects with a couple of idiot quarry workers, Joe and Rags (Micheal Keaton and Bill Hader, respectively), and even a shady Chechnyan black market dealer named Tibor (Liev Schreiber). Antics ensue.

The rhythms of much of the movie’s patter are familiar, and as funneled through David’s angsty kvetching a lot of this material connects with no small amusement. Rants about the placement of electrical outlets, placing silverware on napkins instead of directly on a table, the sincerity of apologies and why Nathan doesn’t reply to birthday emails (“There are so many it turns into a job, which kind of defeats the purpose”) are funny, and definitely bring a smile to the face. Director Greg Mottola (“Superbad,” “Adventureland”), too, keeps things moving at a generally good clip.

But if “Clear History” has energy to spare, for sure, it also lacks the verve and intellectually compacted punch of the best of “Curb Your Enthusiasm.” At several points, the script plots a seemingly wild change of course only to abandon its outrageousness in midstream. (The best of these bits, based on misread indicators of flirtation, finds Nathan getting it into his head that he can steal Rhonda away from Haney instead of just blowing up their house, but other story strands aren’t as well sketched out.) As its story winds its way into the second and third acts, ideas are engaged in the most fitful fashion, while certain potentially rich details (Haney’s seemingly incongruous predilection for Ayn Rand, for instance) are abandoned completely. Characters become servants to the writers’ joke-writing instincts, rather than the other way around. There’s enough here to still merit a curious click. But “Clear History” may not be what hardcore David acolytes most crave.

NOTE: “Clear History” plays throughout the month of August on HBO and its affiliated channels. Check local listings for showtimes. 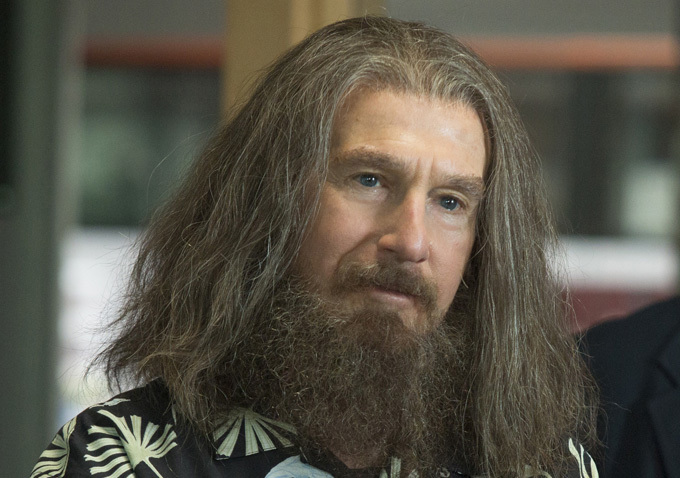