Cleverly and endearingly satirizing a beloved literary author’s continued lasting influence on generations of hopelessly romantic women can be treacherous territory for new directors looking to leave their own creative mark on the world. But scribe-first-time feature film helmer Jerusha Hess, who rose to fame with her writing debut with ‘Napoleon Dynamite,’ fearlessly parodies Austen aficionados with a light and fun humor in her new independent romantic comedy, ‘Austenland.’ Pairing with fellow Utah native, producer Stephenie Meyer, the filmmaker and ‘The Twilight Saga’ author explore how modern women’s unwavering belief in the kind of love Austen wrote about can both hinder and enhance their lives.

‘Austenland,’ which is based on the 2007 novel of the same name by Shannon Hale, follows 30-something, single Jane Hayes (Keri Russell), a seemingly normal young woman with a secret: she’s obsessed with all things Jane Austen. She decides to spend her life savings on a trip to an English resort catering to Austen-crazed women. Jane’s fantasies of meeting the perfect Regency-era gentleman suddenly become more real than she could have imagined when she meets two seemingly diverse but possible suitors-Mr. Henry Nobley (JJ Feild), one of the actors at the resort, and Martin (Bret McKenzie), one of the ranch hands. With the help of one of Austenland’s other guests, Miss Elizabeth Charming (Jennifer Coolidge), Jane must decide who she truly wants to be with once her fairytale is over.

Meyer and Hess generously took the time to participate in a roundtable interview for ‘Austenland’ recently at New York City’s Crosby Hotel. Among other things, the producer and writer-director discussed how they met and bonded in part because they’re both mothers and wives who are Mormons living in Utah; how they both enjoy Russell’s acting career, particularly her portrayal of Jenna Hunterson in the 2007 comedy ‘Waitress;’ and how people’s romantic relationships end because they don’t experience the same unwavering love as Bella and Edward’s in Meyer’s ‘The Twilight Saga.’

Check out the video of Meyer and Hess discussing ‘Austenland’ below. 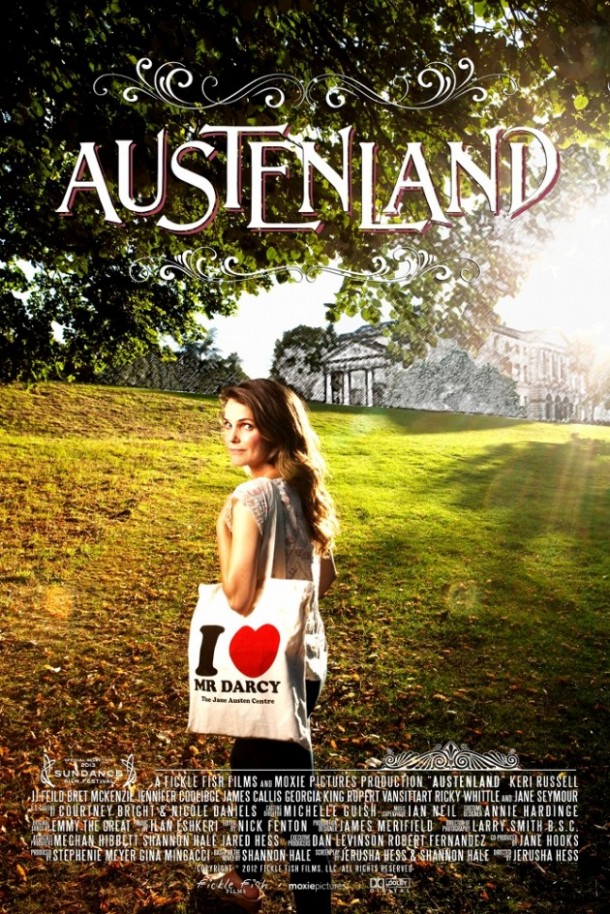