Title: Cutie and the Boxer

Winner of the director’s prize in the U.S. documentary competition at this year’s Sundance Film Festival, Zachary Heinzerling’s “Cutie and the Boxer” is an engaging, playful and ultimately uplifting study of art and painting as refracted through the decades-long marriage of Ushio and Noriko Shinohara, Japanese-born artists living in New York City. In spotlighting the sweet-natured give-and-take of this relationship, the movie sidesteps doctrinaire concepts of nonfiction art films and expands its core audience, imparting glancing lessons about the uncertainty of love and the almost necessary dance of responsibility and care-taking involved.

Ushio moved to the Big Apple in the late 1960s. While some of his outré work gained attention (half the title refers to his still-practiced painting style, wherein, even at 80 years old, he pummels canvasses with paint-dipped boxing gloves), it brought him little financial success. Noriko moved to New York with dreams of herself becoming an artist, but she became smitten with Ushio, more than two decades her senior. They married and, helping tend to his work and ego (as well as a bout with alcoholism on his part), she would largely abandon her talent for sketching and watercolor.

“Cutie and the Boxer” works as the portrait of a real marriage, though, because it doesn’t paint Noriko as a victim but rather examines and even honors some of her choices. It’s easy to understand the film’s Sundance victory, because debut director Heinzerling exhibits a ceaseless patience in his telling, not foisting a lot of extra editorial statement upon proceedings. He’s perfectly content to let scenes play out slowly, which lends the movie a relaxed, lived-in and inviting feeling.

While the crush of economic reality — of making rent and still trying to drum up gallery interest in their work — hangs over the Shinoharas and the film itself, “Cutie and the Boxer” manages to locate a grander universality in this specific world, because it digs into the hidden language of love as well as the aspirational nature of a continued creative life. Hard things are worth fighting for, Heinzerling’s documentary asserts.

NOTE: For more information on the film, visit www.CutieAndTheBoxer.com. 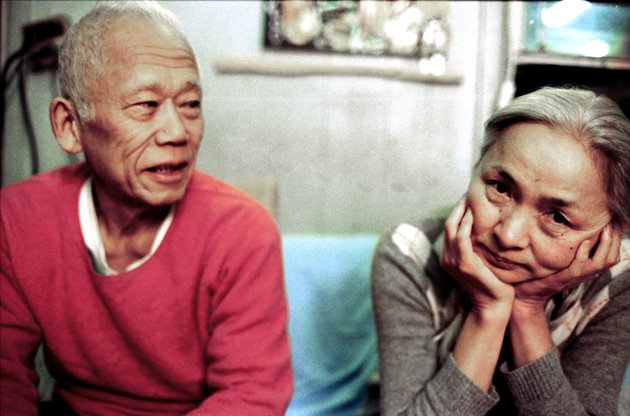