Some say, just half-jokingly, that only drug addicts should be treating folks dependent on crack, cocaine and heroin. This makes some sense, though you’ve got to wonder whether only people who have been incarcerated should be certified to give therapy to convicts. The idea makes sense in “Short Term 12,” writer-director Destin Daniel Cretton’s inside look at a foster home for disturbed children under the age of eighteen. This is not one of those pictures that show group therapy sessions with everyone screaming at everyone else; in fact there is only one scene that could be called genuinely melodramatic. Through the restrained performances particularly of the two principals, “Short Term 12” gives us a naturalistic view of the kids and of the so-called line people who care for them. The line people, i.e. those without the professional credentials of the staff people, are new employee Nate (Rami Malek), Grace (Brie Larson), and Mason (John Gallagher, Jr.). While this is the story of the relationship between caretakers and youths, the more involving one is the mirror bonding of Mason and especially Grace. In other words, getting back to the original concept, the disturbed are treating the disturbed.

We get hints about Grace’s inner torment when her pregnancy is confirmed, her second pregnancy, and without skipping a beat she tells the doctor she wants to terminate with a Saturday appointment. Why is she so adamant? Though she has been made pregnant by her boyfriend Mason, with whom she has worked closely for years, something in her past compels her swift decision. We learn as well that Mason, who seems the most normal person around, was himself adopted, though instead of being put into a home he was taken in by a loving, Spanish-speaking couple.

Other than seeing a lot of Grace and Mason’s discussing those in their care, we note that Grace has a particular affinity for a new girl, Jayden (Kaitlyn Denver), who is at risk of suicide and is cutting herself in the fingers, just as Grace had done some time back in her ankles. The two share stories of dysfunction, again giving strength to the view that those who can identity strongly with their charges because of symbiosis are best at gaining trust and giving strength.

Strangely “Short Term 12” was passed over by the Sundance Institute, though this kind of movie is right up the alley of that body. It is marked by a powerful performance from Brie Larson, whom moviegoers know from Michael Knowles “The Trouble With Bliss,” in the role of the younger woman whose mid-thirties paramour’s life begins to unravel from his relationship with her. TV viewers will recognize her from the series “United States of Tara.” The twenty-four year old actress is a gem: beautiful, intense, and thoroughly believable. 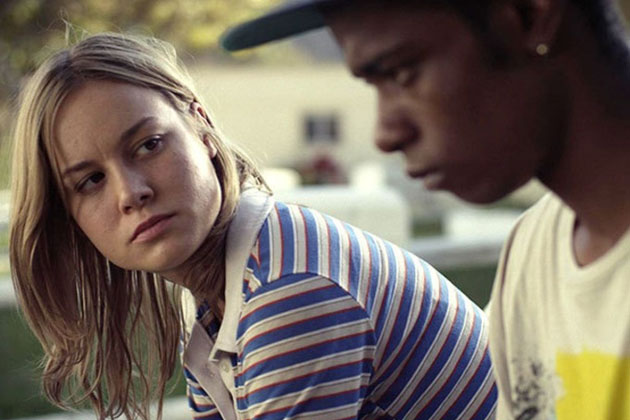