People often tend to settle into a job and personal relationships they feel comfortable with, as they’re afraid to expand their experiences in case they don’t succeed. But writer-director-producer Joe Swanberg further proves his talents as a filmmaker by casting mainstream actors for the first time in one of his projects in his new independent romantic-comedy-drama, ‘Drinking Buddies.’ With the help of having the largest budget of any of his films, Swanberg cleverly experimented with telling a realistic story of two colleagues and friends who are struggling with their romantic feelings for each other, as they try to work together everyday.

‘Drinking Buddies,’ which is now playing on VOD and will be released in select theaters on Friday,follows marketing director Kate (Olivia Wilde) and brewer Luke (Jake Johnson), two friends who work together at a Chicago craft brewery. They have a close relationship that seems like it could develop into a romance, but Kate is with music producer Chris (Ron Livingston), and Luke is with school teacher Jill (Anna Kendrick). Jill wants to know if Luke is ready to talk about marriage. The answer to that question becomes crystal clear when the two couples spend a weekend at Chris’ rustic Michigan cabin. Chris and Jill feel isolated from their respective partners, who continuously flirt with each other. Upon returning to Chicago, Luke and Kate unexpectedly find themselves alone for a weekend, and must contend with their underlying romantic feelings for each other.

Swanberg generously took the time recently to sit down and talk about filming ‘Drinking Buddies’ during an exclusive interview in New York City. Among other things, the writer-director discussed how he came up with the idea for the plot, as he wanted to make a film about the world of craft beer set against the backdrop of a complicated romantic comedy story; how he had a fun time casting the film, as he didn’t have a set screenplay when he was speaking with potential actors, and was able to get a sense of them as people and their ideas on the brewing world; and how he had a fun time acting in the new horror thriller ‘You’re Next,’ as he is friends with many of his co-stars and the crew from the film.

ShockYa (SY): You wrote the screenplay for the new romance comedy drama, ‘Drinking Buddies.’ Where did you come up with the idea for the story, and what was the process of writing the script like overall?

That inspiration came from movies like ‘Bob & Carol & Ted & Alice’ and Elaine May’s ‘The Heartbreak Kid,’ and these late ’60s and early ’70s comedies. I feel these movies do a great job of being both interesting and complicated, and for lack of a better word, unlikable in places, in terms of the characters. But they’re also fun and entertaining and accessible; they didn’t trade one off for the other, and they did both. I wanted to try to do a movie that did both.

SY: How much research did you have to do into beer brewing as you were writing the script?

JS: I am a home brewer, so I already knew the process of making beer. I also have friends who brew it at different places in Chicago, and work in different facets. My friend Kate Thomas has the same job that Olivia’s character has in the movie, so I was able to talk to her and ask questions.

One of the things I was excited about exploring is the idea of a woman working in a guy-centric industry, like the beer industry, and how she navigates being one of the guys. But she also gets the attention from the guys, and the complexities of that. So I talked to my friend a lot, and she was able to be on set a lot as a beer consultant, and talk to Olivia about what the job entails and the relationships.

We also shot at a real brewery, so we actually had those guys on set everyday, available to help. They didn’t shut down for us; they were actually brewing the whole time we were shooting. So it was cool of them to actually let us into their world.

SY: Besides penning the screenplay, you also helmed the film. Was it always your intention to both write and helm the movie? Do you feel that writing the script helped you in your directorial duties once you began filming?

JS: Yes, definitely, I always planned on directing it. It’s always nice to not only know the story, but also the intentions of the story. You could also come into it, feeling like you fully know the characters and why certain decisions were made.

SY: Speaking of Olivia, ‘Drinking Buddies’ it is your first film to feature a cast of recognizable actors, including Anna Kendrick, Jake Johnson and Ron Livingston. What was the casting process like for the main actors in this movie?

JS: Well, there was no script initially, because the dialogue is all improvised. So it was a fun casting process because we just got to talk. Typically an actor will read a script and they’ll just say yes or no. Even if they say yes, they’ll want to meet with the director.

So this was fun to be able to meet with actors without a script and talk about the themes, and get to know each other. We were also able to talk about the brewery and that world. I just got a better sense of them as people, because we were able to have a conversation, more than something centered around a piece of written of material.

SY: Speaking of the script, did you allow the actors to improvise at all once you began shooting?

JS: Definitely, I encouraged them to, and it was a big part of the process, to invite them in and own the characters, in a way. I create rough sketches of who I think these people are going to be, and it’s not until the actors are involved that we can get specific. We can then hone in on how who they are affects the story we’re trying to tell.

SY: While ‘Drinking Buddies’ is an independent film, it also had the largest budget of any film you’ve directed in your career so far. How did making this movie independently influence the way you could shoot it-did the budget pose any difficulties while filming?

JS: It’s hard to imagine what it would be like to have a lot more money and complete freedom over time, and whatever else that money buys. This movie is bigger than the other movies I’ve made, and I felt we had everything I wanted. So it was a very luxurious feeling to me, in terms of the size of most movies.

SY: The movie is currently playing on VOD, and will be released in theaters on Friday. Are you a fan of watching films On Demand, and do you think the platform is beneficial for smaller, independent movies like ‘Drinking Buddies?’

JS: I think it’s hugely beneficial. When I think about myself as a high school student, when I was first starting to get into movies, if VOD had existed, it would have been the best thing that had ever happened to me. Then I would have had access to the world of independent films.

At the time, if I wanted to see a lot of the movies I was reading about in Filmmaker Magazine and Cinema Scope, I would have to take the train into the city. I live in the suburbs, so I was kind of beholden to whatever came to the Chicago International Film Festival, or what the theaters booked. That was great, but there were all these movies I remember reading about in high school that I still haven’t seen. They either never came out, or by the time they came out, it was years later on home video.

But I still value the theater-going experience. I make it a point to see the movies I want to see in the movie theater. But to me, it’s not a one or the other thing, because I feel a lot of my favorite films that I saw on video for the first time, and then I was able to go back to see them in a movie theater later. I feel like stories that stick with audiences, and the movies that remain relevant, get the chance later to be in the movie theater, or they never quite go away.

SY: Besides writing and directing ‘Drinking Buddies,’ you also served as a producer on the film. How did working as a producer influence the way you helmed the movie overall?

JS: I don’t know, it’s hard to say. The vast bulk of the producing work was done by Alicia Van Couvering, Andrea Roa, Paul Bernon and Sam Slater. So I was sort of off the hook, in terms of the day-to-day grind of producing a movie of this size. But it’s nice to have a say at the top level of the production. I like to be a producer on my movies, and I have a lot of experience producing much smaller movies.

SY: Would you be interested in producing a movie you didn’t write and direct?

JS: I’m about to do that, actually. I’m going to produce my friend Frank V. Ross’ movie next month, and I’m gearing up just to be on the producing side of the equation.

SY: You premiered ‘Drinking Buddies’ at this year’s SXSW. What was the experience of playing the film at the festival? What kind of responses have you received from audiences who saw the movie at SXSW?

JS: That was amazing. SXSW has been such a great festival to me over the years and my career. My very first movie (‘Kissing on the Mouth’) premiered there in 2005. It’s where I’ve met so many of the filmmakers who are still my friends and are important artistic collaborators.

It’s also where I first developed a sense of showing a movie to an audience. The sensibilities of that festival really align with mine. It’s still a festival where I go and see a lot of films that I really love.

SY: Besides writing, directing and producing ‘Drinking Buddies,’ you’ll also be appearing in the horror thriller ‘You’re Next,’ which is also opening in theaters on Friday. What was your experience on the film like?

JS: I loved it, and am really proud of the movie. It’s crazy and wild that it and ‘Drinking Buddies’ are opening on the same day. It was so fun, because I’ve worked with (director) Adam (Wingard) and (writer) Simon (Barrett) a few times in the past, so it was great to see them take on a bigger movie, and really do a great job with it.

It was a fun set to be on, because so many of my friends are in the movie, too. So i really felt right at home, acting alongside people like Ti West and AJ Bowen and Amy Seimetz. There were so many of my friends, who’ve I done so many projects with in the past. To see the movie and all those people in it is a really cool experience. 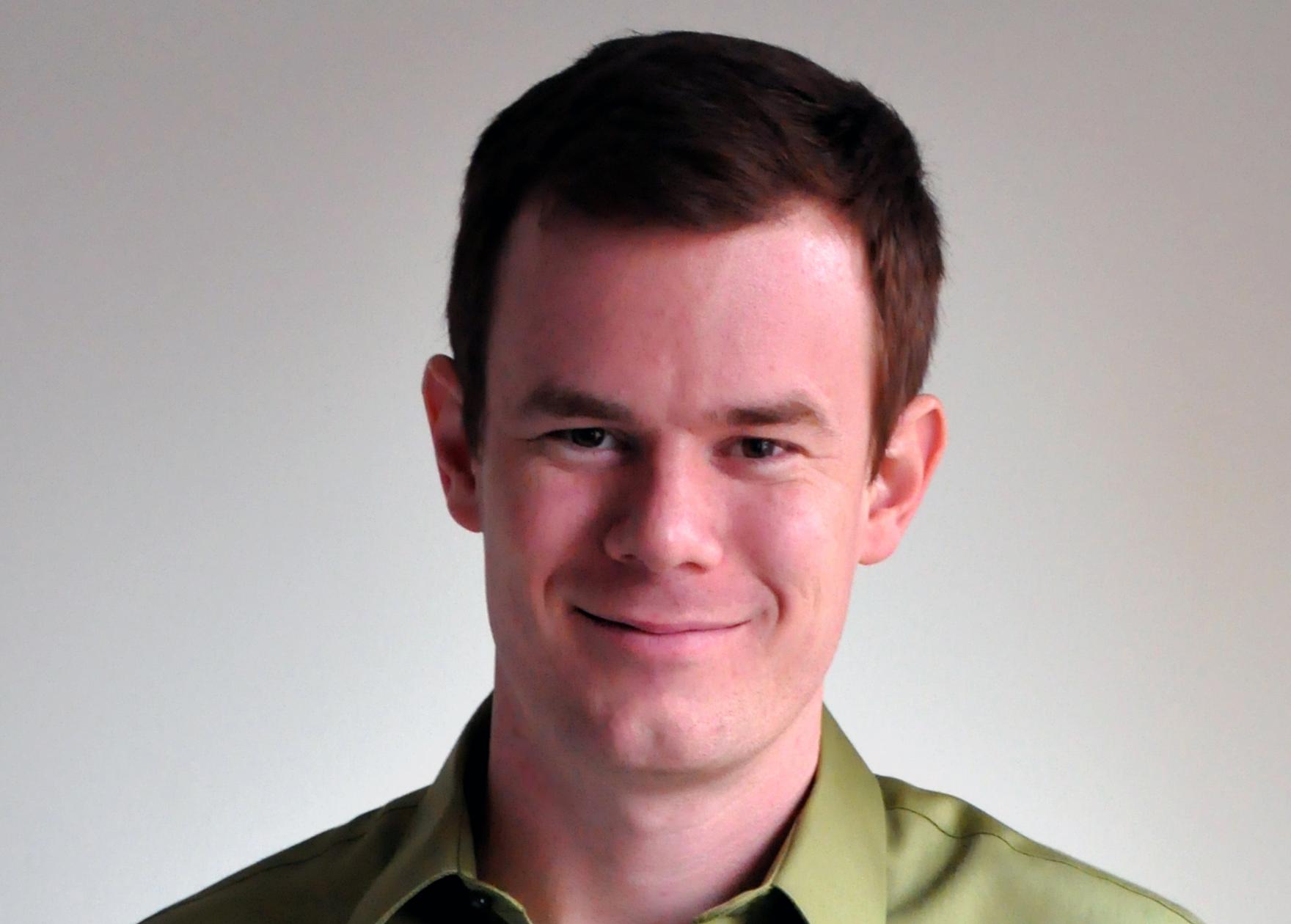