It’s Jason’s (Brian Tee) wedding day and his whole family has been anticipating the day when the family curse is finally behind them…unfortunately Jason’s bride to be decides to run off with the cake maker right before she walks down the aisle. Devastated, Jason throws himself into his work and takes a business trip to Korea, where he can also evade the long list of potential brides to be set up by his parents. The curse that has plagued his family for generations stipulates that he must get married before his 30th birthday or he will die. Jason meets what seems to be his ideal match in Na Young (Kang Hye-jung). They start a passionate long distance cyber relationship when he finally proposes and has her flown out to the U.S. to meet his family and get married. When Jason meets her at the airport, he realizes he has never actually seen her standing up and is shocked at her incredibly short stature. He tries to hide her height from his family, but fails and his grandparents have simultaneous heart attacks. Heartbroken that Jason’s family won’t accept her, Na Young calls off the wedding. Jason must decide to either go back to his cheating fiance who now wants him back, or follow his heart and be with Na Young.

I had some reservations when reading up on this film. It had a blurb about being compared to My Big Fat Greek Wedding, which I enjoyed, but I didn’t want to see a Korean version of the same film. Wedding Palace was a sweet story of breaking free of family traditions, ignoring physical differences and finding true love. Bobby Lee (MadTv) had a great part of the Korean-American cousin who holds contradictory values when it comes to keeping up with tradition, and Margaret Cho has a funny cameo as a sort of a priest character which resembles her mother from her stand-up routine. It’s not really my type of film, but I couldn’t find anything overly wrong with it except that some of the stereotypes may offend some Korean-Americans.   Some of the physical comedy is over the top and cheesy, and the karaoke-esque montages made some scenes drag, but overall it’s a cutesy PG romantic film. 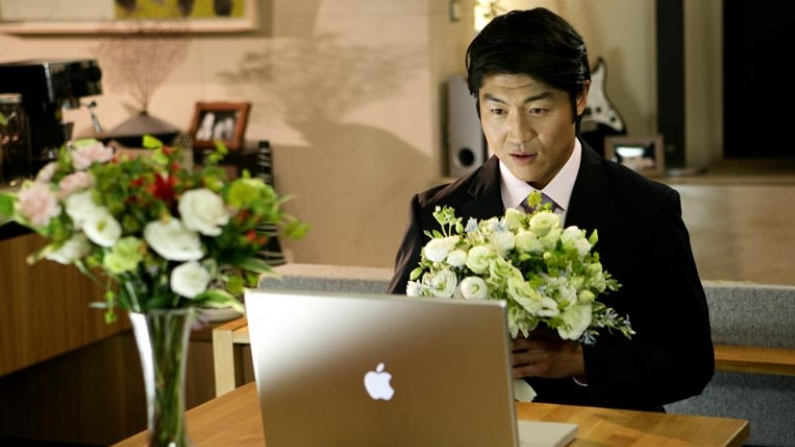