Back in May at the Cannes Film Festival, Phase 4 Films snatched up the US and Canadian rights to writer-director Shana Betz’s first feature, “Free Ride,” and now ShockYa.com has the pleasure of unveiling a brand new still from the film.

“Free Ride” is a true crime drama set in 1978. Anna Paquin leads as Christina Milland, a downtrodden mother of two who decides there’s nothing left for her family in blue-collar Ohio, so relocates to Fort Lauderdale, Florida. The weather, lifestyle, and her new job cleaning houses in a wealthy neighborhood are invigorating, however, eventually, Christina comes to want more for her family and realizes that she can get it by teaming up with a marijuana cartel to put those big, empty mansions to use.

Check out Paquin as Christina and Cam Gigandet as Ray in the photo below and keep an eye out for the full feature, which is due to arrive in early 2014. 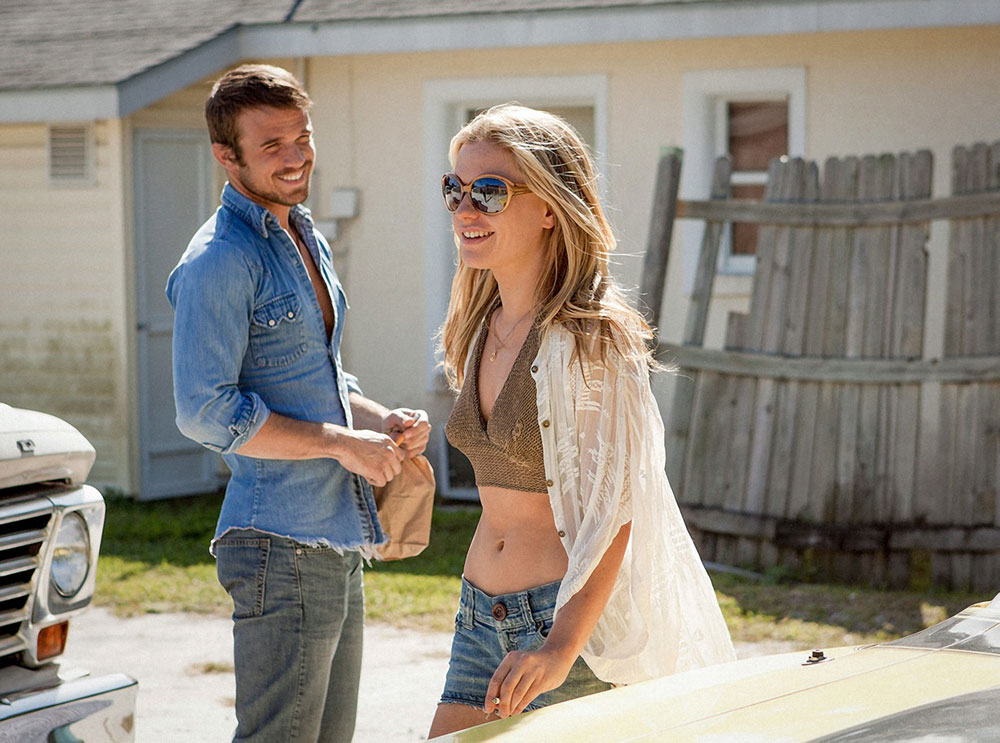