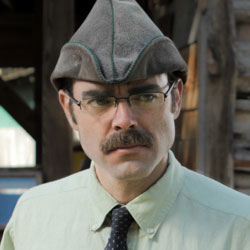 The New York Television Festival will commence on October 21, 2013, continuing to pave the way for independent television by highlighting great ideas and promising talent, and connecting them with networks, studios, brands and agencies. ShockYa.com has an exclusive first look at one of the projects looking to make an impression at this year’s event, a raunchy Renaissance faire sitcom called “Disenchanted.”

Interested in some Bacchanalia food and drink, folks dressed up as knights and wenches, and loads of outrageous personalities? The Enchanted Forest Renaissance Faire is the place for you. While the patrons play dress up and try to hook up in an effort to escape their everyday lives, this is everyday life for three new part time employees and it’s up to them to do what it takes to manage a weed-dealing jester, bully black night and more.

With “Disenchanted” due for its appearance at the New York Television Festival next month, team NeuSpaceChurch (Justin Neufeld, Mark Spacek and Galen Church) bestowed upon ShockYa this highly amusing little gem, a spoof commercial for The Enchanted Forest Renaissance Faire. Check it out for yourself below and head on over to DisenchantedTV.com to learn more about the project.